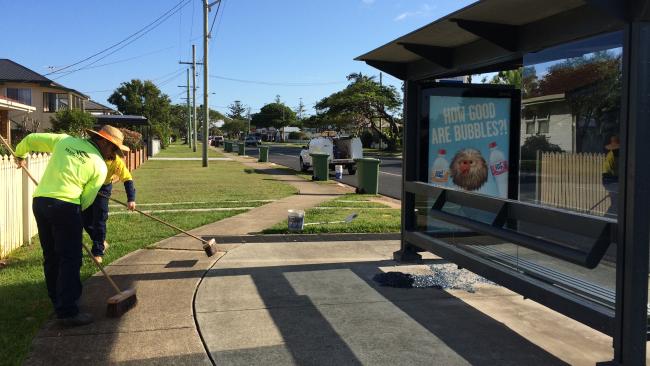 Three young men who used slingshots to smash glass in more than 60 bus shelters across several suburbs north of Brisbane have been sentenced.

The trail of destruction in Redcliffe, Deception Bay and North Lakes, over a three-week period in November last year, resulted in a massive clean-up job for Moreton Bay Regional Council and TransLink workers.

In a desperate bid to catch those responsible, Moreton Bay mayor Allan Sutherland announced a $5000 reward for a person who provided information that led to an arrest.

The money was presented to a Redcliffe resident late last year.

Hoven, who is from Kippa-Ring, was also sentenced to 12 months imprisonment to be served via an intensive corrective order.

Luke John Firth, 17, from Mango Hill, was placed on 18 months probation and ordered to do 240 hours of community service for his involvement.