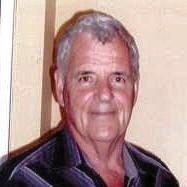 Just before noon today the body of missing Bellemere man Gordon Sundstorm was located along side the Caboolture River.

He was reported missing at 4:30pm Thursday, by wife Bev from their home in Jacob Court Bellmere.

Earlier: Police are still appealing for urgent public assistance to locate a man missing in Bellmere.

72-year-old Gordon Sundstrom was last seen yesterday afternoon around 4.30pm at an address on Jacob Street but hasn’t been seen since.

Police hold concerns for his welfare as he suffers from a medical condition and can become disorientated.

He has been known to visit the area around King Street in Caboolture.

He is described as being Caucasian in appearance, around 176cm tall with a proportionate build and has brown hair and brown eyes.

He was last seen wearing blue denim shorts with a black belt, a white t-shirt and had brown coloured shoes and blue socks.

A search was conducted last night involving the police helicopter, volunteers from the State Emergency Service and police without success.

Police continue to search the area with SES volunteers.

Police are asking residents in the area to check their yards, nearby bushland and any sheds where Mr Sandstrom may be seeking shelter.

Mr Sandstrom is also wearing a ‘Safely Home’ ID bracelet with the number 0181 on the back.

Anyone who may have seen him is being urged to contact police immediately.

Contact Crime Stoppers anonymously via 1800 333 000 or for all non-urgent police reporting or general police inquiries, contact Policelink on 131 444.