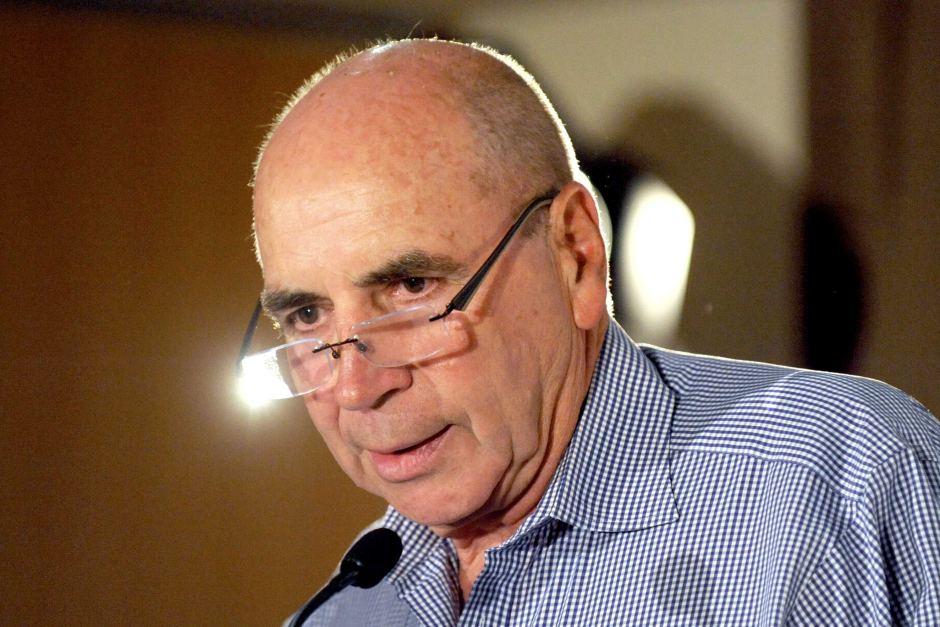 Should the central bank's target band for inflation be lowered given today's world - including Australia - where prices have slipped into deflationary territory?

It's a debate that's likely to confront Dr Philip Lowe when he takes over as governor of the Reserve Bank in September.

Questions have been raised about the relevance of the RBA's mandate of keeping inflation within a target band of 2 to 3 per cent over time after March quarter consumer inflation went backwards by 0.2 per cent and rose by just 1.3 per cent year on year.

Although both readings are dramatically below the RBA's target range, former central bank governor Bernie Fraser said now is not the time to move the inflation goal posts.

Mr Fraser, who ran the RBA between 1989 and 1996, told The World Today the inflation target is still relevant.

"I believe it is. It's a sensible, a pragmatic target and it's served Australia pretty well over the last two-and-a-half decades," Mr Fraser said.

"It's not something to be pursued rigidly and at times we have been above the 3 per cent limit and that hasn't caused the world to collapse.

"If you stick to 2 to 3 per cent inflation over time, inflation ceases to be a problem."

The March quarter move into deflation was a key reason which prompted the Reserve Bank to cut the cash rate last week to a new historic low of 1.75 per cent.

But Matt Sherwood, head of investment research at Perpetual, said the RBA's move on budget day puts the relevance of the current inflation target firmly on the agenda.

"I tend to think that the RBA is going to struggle to hit that target in the next two-and-a-half years," Mr Sherwood said.

"I don't think they would alter that target but, if you're going to be that far below the target, they would probably be questioning whether it serves any true purpose any more in a world with lower productivity growth and lower wages growth."

Matt Sherwood said he thinks the RBA is unlikely to lose any face over its inflation management skills.

"It would be an admission that while central banks are good at lowering inflation they can't actually raise inflation at the moment."

The big question for the RBA is how to get consumers and businesses spending to get inflation higher.

But Bernie Fraser warns that cutting rates any further is not the answer.

"Monetary policy has run its race for the time being. Fiscal policy has to be a more prominent lever to be grasped."

Graph showing changes in inflation up to 2016 (source: Reserve Bank of Australia)

Money markets are betting the cash rate will stay on hold at next month's Reserve Bank board meeting.

But economists are tipping a cut to 1.5 per cent in September as the Reserve Bank confronts a deflationary world.