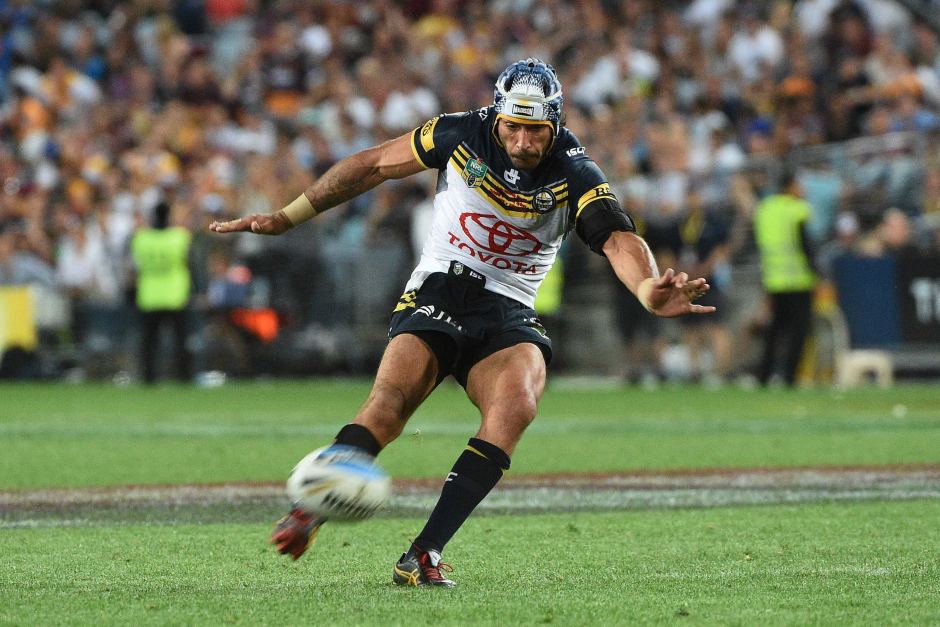 The NRL is preparing to scrap golden point for finals games, after the powerful competition committee on Tuesday approved the introduction of extra time.

The recommendation must now be rubber-stamped at the next meeting of the ARL Commission but is expected to be introduced this year.

Under the rule change, five minutes of extra time will be played each way, with the game to go to golden point if the scores are still deadlocked.

"Following the recent recommendation by the coaches, the competition committee considered the alternatives and the clear view was that finals series matches, including the grand final, should include a period of extra time before golden point is implemented," South Sydney Coach Michael Maguire said in a statement.

"Not only will it mean a more expansive style of football in the extra time period but it will lessen the prospect of a team being knocked out by a field goal in golden point."

Many coaches and players have been against the golden point system, especially in games of high importance, but none moreso than Broncos coach Wayne Bennett.

Bennett has been consistent in his criticism regardless of whether the results have gone for or against his team, but said after last year's grand final - which the Broncos lost to the Cowboys in golden point - the system was "unfair".

"It's just unfair on everybody. I would've been happy to come back next week and play again," Bennett said after the match.

"I still don't see what's wrong with a draw. The season doesn't have to change anything. For 100 years we didn't have golden point and we still had a great game."

"It's not the way that, personally, I want it decided, as a coach or as a player."