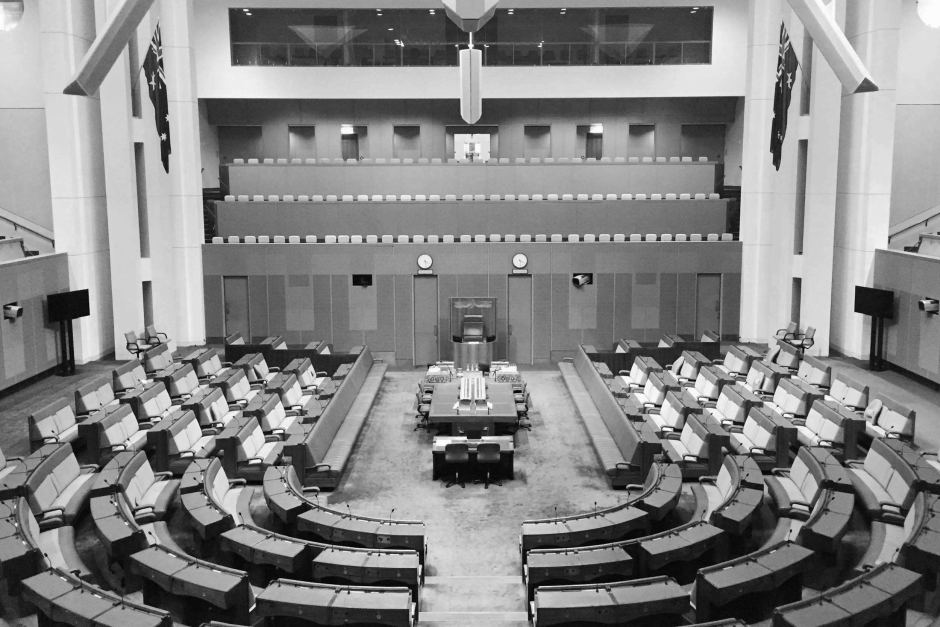 Federal Parliament could soon be entering the digital age, after a proposal for MPs to vote electronically.

A Lower House committee has recommended the change, suggesting MPs could use swipe cards to vote in the chamber.

And the committee has proposed a scoreboard in the House to display results — possibly even showing the count in real time.

"I don't think it'll have ads like at the MCG but … my understanding is in the US Congress they have something like this and you can see the vote as it's tallying," said committee chair Andrew Southcott.

Members would still have to attend the chamber and divide to the left and right of the chair.

But Dr Southcott said it was time for Parliament to enter the digital age.

"The committee decided the proposal that would allow us to retain the traditions, but also move to electronic voting, was a smart card.

"Members would still come to the chamber and the doors would be locked. We propose that members still go to the left and right of the chair as they currently do — members did want to retain that tradition."

The committee also considered facial recognition technology — a move that would make Australia a world leader — along with smartphone technology.

Dr Southcott said he could also see fingerprint technology used in the future.