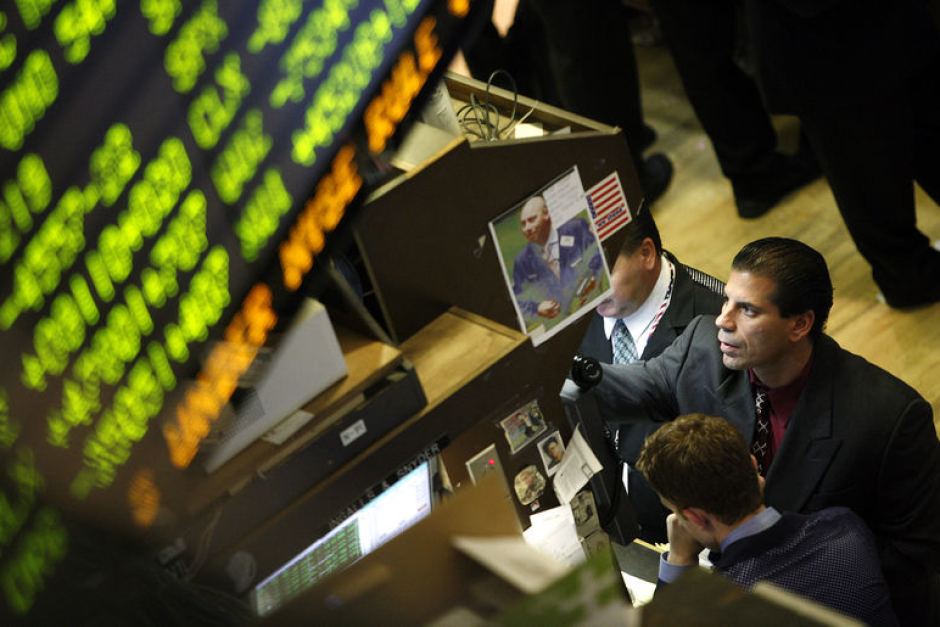 The market may be off to a poor start after Wall St ended its week in something of a funk and key Chinese data indicated that hopes of credit-inspired economic revival might be forlorn.

Industrial production, fixed asset investment and retail sales figures released by China's National Bureau of Statistics over the weekend were all disappointing.

In the US key indices lost around 1 per cent at Friday's close.

The S&P 500 slipped to a one-month low with stronger-than-expected retail sales prompting suspicions that interest rates may be on the rise again earlier than expected, perhaps even next month.

That took the US dollar down and oil slipped as well.

Employment returns to the spotlight this week, one of the good guys in the on-going soap opera that is the Australian economy.

The consensus forecast for Thursday's data is another 12,000 new jobs created in April and unemployment unchanged at 5.7 per cent.

Interestingly the Reserve Bank in its recent quarterly Statement on Monetary Policy — buried under its slashing of inflation forecasts — noted in typically cryptic tones "labour market indicators have been more mixed of late".

So just what does mixed mean and is it a worry?

UBS economist Scott Haslem said the "mixed" comment could be characterised by the recent difference between the NAB survey series of hiring intentions and the ANZ job advertisements series.

The NAB's business hiring intentions series remains above its long-term average and has even strengthen of late implying unemployment could fall in coming months.

The ANZ series appears to have plateaued and the annual pace of growth easing back to two year lows.

Mr Haslem said on balance the NAB data provides a clearer picture and that the unemployment rate is likely to remain below 6 per cent.

While the wage price index (Wednesday) doesn't capture nearly the media attention of jobs numbers, it is becoming increasingly significant in the RBA's calculations.

The current 2.2 per cent year-on-year growth is the lowest recorded in the 18 years of the survey and played a big part in the RBA's decision to slash inflation forecasts.

The upside of the stodgy pace of wages growth is that has supported new jobs.

The downside — as Mr Haslem points out — is it has also flattened income growth, which may suggest that there is insufficient future demand in the economy to return inflation to its target.

Whatever the reason, the lack of wages growth in the face of a tighter jobs market is becoming an issue.

"Indeed, the recent trends in enterprise agreements suggest some downside risk in our forecast — 0.5 per cent over quarter and 2.2 per cent for year — and the potential for a new record low year-on-year print."

The minutes from the RBA board meeting earlier in the month where the cash rate was cut to a record low 1.75 per cent are also out this week (Tuesday).

As is the case with meetings where rates are changes, the accompanying release gave no forward guidance.

NAB economist Tapas Strickland said the key answers the market will seeking from the minutes are; how comfortable is the RBA with its new lower inflation forecast and how long is the board willing to allow inflation to remain outside its target band if economic activity and the job market continues to improve.

Overseas is pretty quiet with US inflation (Tuesday) perhaps the most significant.

Headline inflation is being pushed up by higher petrol prices and may jump to a still very modest 1.2 per cent over the year, while core inflation may dip down to 2.1 per cent.

The US also has some light reading with the minutes from the last Fed rates meeting (Wednesday) expected to detail a dim view about the global economy and a cautious approach to raising rates again.

For James Hardie — despite softening in its key US market of Texas due to oil's fall from grace — most analysts expect a pretty solid result and the company meeting its full profit guidance of up to $250 million.

Dulux is expected to produce an interim profit of around $60 million.

Like James Hardie, Dulux will be watched with interest for commentary about the domestic residential and construction market, which appears to be gaining momentum, particularly in New South Wales and Victoria.