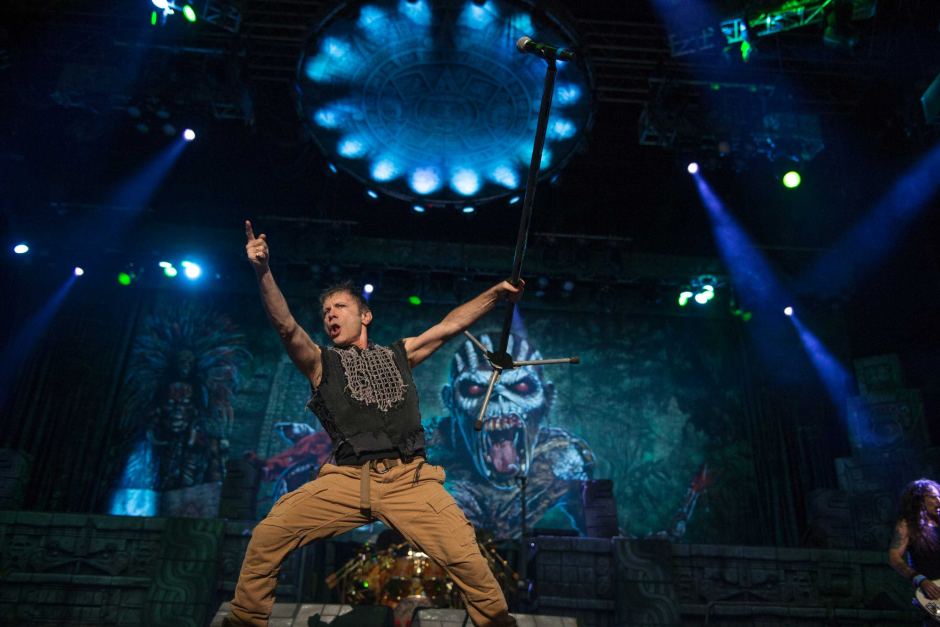 Iron Maiden: On tour with Captain Bruce Dickinson, Eddie, and the 'Guv'nor upstairs'

They're one of the biggest selling heavy metal bands of all time. And now they are back in Australia as part of their Book of Souls world tour. Here are some things you may not know about Iron Maiden.

They're a band, not a brand

And that a brand is all about a giant animatronic demon called Eddie.

"He has this power that people completely associate to the music, with the band. And then, of course, you've got the iconic logo which goes hand in hand with Eddie."

'This is Captain Bruce Dickinson speaking...'

It's common knowledge that Bruce Dickinson is also a qualified commercial airline pilot and flies the band around in their own Iron Maiden-branded 747.

But did you know he also wears a pilot's uniform when he flies?

It might seem at odds with the hard-rocking image, but he says it's all about professional courtesy.

"We all wear a uniform when we fly because we're professional airline pilots," he says.

China told Iron Maiden to tone it down

Iron Maiden played in China as part of their Book Of Souls world tour but were forced to make certain changes to their show to satisfy the Chinese government.

But the Chinese fans surprised the band, waving their own flags and filling in the blanks where Dickinson would have sworn.

Why should the Devil have all the good music?

Despite the band's reputation for focusing on the darker side, drummer Nicko McBrain, is a committed Christian.

"I kind of struggled with it earlier on when I first found my faith," he said.

But he prayed about it, and says the "Guv'nor upstairs" is fine with what he does.