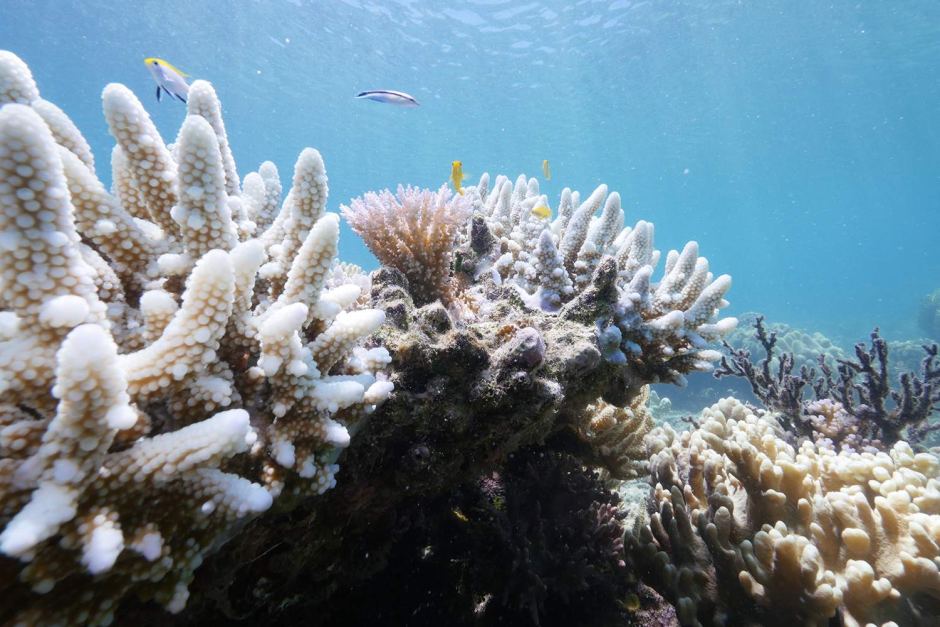 The fate of the Great Barrier Reef will be sealed by the next term of government, the Climate Council of Australia (CCA) has warned both the Labor Party and the Coalition.

The CCA said a new report revealed the influence of climate change on the reef and provided strong scientific evidence that future bleaching events were likely to become more frequent and severe.

CCA spokesman Professor Will Steffen said the window for change was almost closed and there had been a lot of what he called "smoke and mirrors" about the ability of the reef to recover.

"There've been too many optimistic reports saying: 'Well yes, it's a serious bleaching event but the reef can recover and come back to a pretty good state after this'," he said.

"The problem is, to be able to have a diagnosis like that, you've got to get climate change under control — and really fast — and still emissions are rising globally.

"Australia's fossil fuel emissions are rising and we're on track with present pledges around the world for a plus-three degree [Celsius] or hotter world and that will signal the end of the world's coral reefs."

He said the emissions promises that the Coalition had made in the lead-up to the federal election needed to be higher.

Professor Steffen said the Labor Party's talk of 45 per cent was heading in the right direction.

"That's in the vicinity of what we scientists call the 'carbon budget' — the amount of carbon you can still burn and have a good chance of meeting that two-degree temperature target," he said.

"Without that, the probability that the reef goes escalates very much higher.

"Even at two degrees, a lot of reef scientists, coral reef experts, are saying it's doubtful the reef will survive — 1.5 [degrees] is a much better target."

'Death of the reef' is possible

What is coral bleaching?

He said if the world continued to use fossil fuels like today, the Great Barrier Reef would be bleaching every two years by the 2030s.

"Of course that is not a sustainable situation at all — that basically means the death of the reef," he said.

He said it was important to get emissions tracking down as soon as possible.

"Every year counts, but the remarkable surge in renewable energies in terms of prices coming down, becoming much more affordable, efficiencies increasing mean that yes, we can get out of coal and we can get out very fast," he said.

Tourism operators too afraid to speak out

Meanwhile, about 170 Queensland businesses have sent an open letter to the Prime Minister to take immediate action to save the reef.

In the letter, the businesses urged ruling out "any government financing or investment in the Abbot Point coal terminal expansion, or any related infrastructure for the Adani mine, rail and port development".

They also want a rapid shift "to renewable energy and support regional Queensland to build a strong economy by investing in solar, wind and other sustainable projects".

The letter also wanted government to rule out any new coal mines to rapidly reduce global warming, which was "the biggest threat to the Great Barrier Reef".

"Really all parties need to get together and deal with this climate change and if we are going to save the reef — and this reef issue is really the canary in the coal mine — it's the indicator that something is not right," he said.

Mr Rumney said many tourism operators had previously been too afraid to speak out for fear of driving tourists away.

"Every tourism operator is sort of caught between a rock and a hard place," he said.

"They all know that their businesses are related to a healthy reef — be it fishing or diving — but they are afraid of the short-term loss due to possible negative marketing."