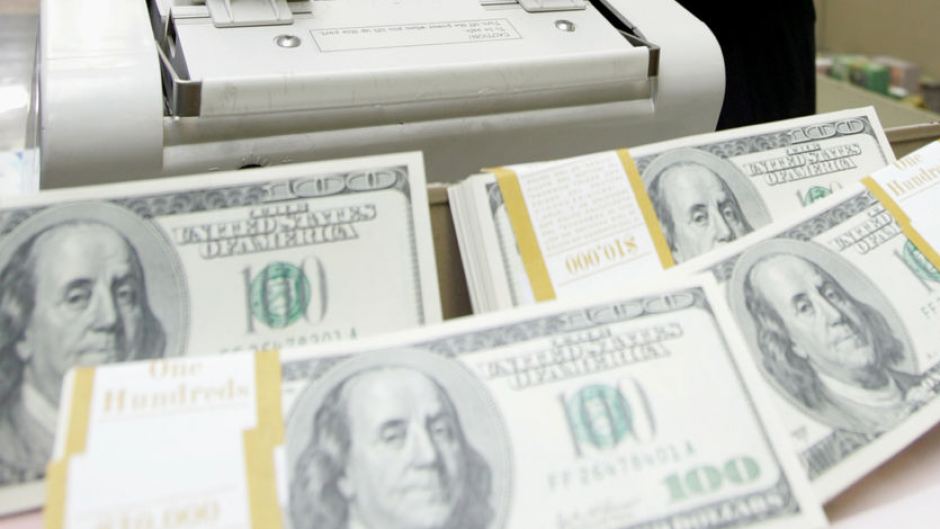 Government argument for cut is to attract more foreign investment

The US company tax rate is 35 per cent, while Australia's is 30 per cent. Under a tax treaty, American companies paying tax in Australia would have to make up the difference at home.

Using data from the US Internal Revenue Service, research by the Australia Institute found the planned company tax cut outlined in this month's budget would transfer more than $11 billion in revenue from Australian to US coffers.

The main argument for the Turnbull Government's proposal to cut the company tax rate to 25 per cent over the next 10 years has been that it would attract more foreign investment — producing a bigger, more productive economy in the long run.

US companies are by far the biggest source of direct foreign investment in Australia.

"So in a sense what you've got is a tax transfer from the Australian ATO to the Internal Revenue Service (IRS) of the United States," the Australia Institute's executive director Ben Oquist said.

He argues that Australia's lower company tax rate was effectively a gift to the US, allowing its tax office to collect more revenue at Australia's expense.

And if the company tax rate is cut lower, the size of the gift will grow.

"Once the company tax cut as proposed comes into full operation in 2026-27, we estimate that that extra transfer that will essentially go from the ATO to the US Internal Revenue Service, the annual rate is approximately $US732 million or around $US8 billion over 10 years," Mr Oquist said.

On the current exchange rate that would mean that $11 billion in revenue is foregone.

"I think that Australians will be mightily disturbed to think that they're going to lose some of the revenue from a company tax cut to US taxpayers at their expense, for no economic benefit," Mr Oquist said.

"If that US company is essentially paying the tax but just to somebody else, there can be no extra foreign investment as a result of that."

Mr Oquist said the Government's argument was that the revenue loss would be offset by the possibility of more foreign investment from other jurisdictions due to the lower company tax rate in Australia.

"The reality is of course foreign investment comes to Australia for all sorts of different reasons," he added.

"A more competitive company tax rate will attract additional investment, it will boost productivity, it will increase the size of the economy permanently by more than 1 per cent in the long term," Senator Cormann told reporters.

At a Senate estimates hearing on the week of the budget, Treasury forecast that the Government's corporate tax cut and key related measures would cost more than $48 billion in revenue forgone over 10 years.

On two of three scenarios modelled by Treasury for funding the tax cut, the employment gain over the long term is 0.1 per cent; on the third it is 0.4 per cent.