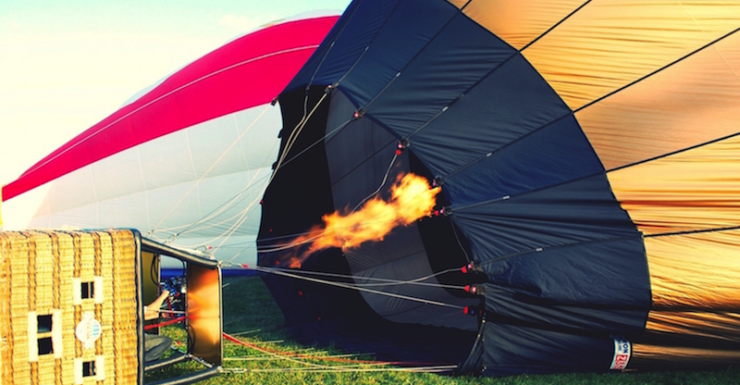 To understand the starkly different economic plans on offer at this election, voters need to shake off some tired, pre-financial-crisis thinking.

Labor’s announcement over the weekend of yet more health spending will be seen by critics as another ‘drunken sailor’ moment.

Some will argue that the federal budget cannot cover another $1 billion over four years in order to constrain the cost of medicines under the pharmaceutical benefits scheme, and leave Medicare’s ‘safety net’ provisions in place.

Opposition Leader Bill Shorten must be enjoying each of these announcements, claiming, as he does, that it’s money Prime Minister Malcolm Turnbull can’t find due to the Coalition’s pledge of $50 billion in company tax cuts over 10 years.

Labor’s growing list of pledges would likely produce worse budget outcomes than the Coalition’s plans, even without the company tax cut being factored in.

And that, to a certain kind of economic thinker, is the case against Labor cut and dried.

Take, for instance, RBA economist John Edwards who told The Australian last week that it would be better to bring the federal budget back into surplus over the next two years rather than in the ‘medium term’ promised by both the Coalition and Labor.

Edwards fears the loss of Australia’s AAA credit rating, which would push up government and private-sector borrowing costs.

His position is in line with an old orthodoxy – that government debt close to zero is desirable, and that higher levels of government debt put a brake on private-sector growth.

I say ‘old’ because a growing number of economists have begun to challenge those notions, particularly since the financial crisis that began with the collapse of Lehman Bros in late 2008.

Some, such as Newcastle University’s Bill Mitchell, do more than challenge it.

Mitchell is one of the leading lights of the international ‘modern monetary theory’ school of economic thought, which argues that zero government debt is actually harmful. Very few countries ever have it, and those that maintain moderate public debt levels are providing a highly liquid market in government bonds that is useful to investors seeking to manage their money over time.

On the spectrum between Edwards and Mitchell are economists such as Ross Garnaut, who takes pragmatic positions on public debt based on circumstance.

He was, for instance, front and centre in the debate over raising the government’s debt ceiling in 2013.

The importance of Garnaut’s pragmatism is this: when the global economy has been ravaged by the excesses of financial capitalism, even those who strongly prefer private spending to public spending, have to adapt their views.

We have to deal with what ‘is’, not what should have been. And peering into the gloom of 2017, there is unquestionably a need for public spending to take up some of the slack expected in the economy.

Three weeks ago, the Turnbull government handed down a budget based on hopelessly optimistic forecasts for commodity prices, employment growth, GDP growth – an “upbeat fantasy”, as I wrote on budget night.

Then on Friday, Treasury released its own, independently prepared pre-election fiscal and economic outlook (PEFO) statement.

Again the document was dismissed by economic thinkers as different as David Llewellyn Smith and Judith Sloan as a “hilarious lie” and “bollocks” respectively.

Yes, we have a federal treasury and government in complete denial about the nasty economic period ahead.

In amongst all this, Labor is promising spending levels that the Turnbull government can’t match. And yes, that will likely push up the national debt.

So should we be afraid?

Well no, because there are much worse things that can happen to a nation burdened with record levels of private debt (and still relatively low public debt) – specifically, negative GDP growth and falling prices, which push up the real value of all debts.

Australia badly needs to get aggregate demand back up to levels that will push inflation well into the 2 to 3 per cent band that the RBA sees as optimal.

Not only would that restore wages growth and consumer confidence, but would help debtors ‘inflate their way out of trouble’ – you know, as baby boomers did during the high inflation of the late 1980s.

The Coalition thinks it can achieve that kind of inflationary impulse by stimulating investment and jobs growth through its company tax cut.

Labor, by contrast, is putting in place the elements of a more Keynesian response to the looming downturn – that is, using public spending to shore up flagging private sector demand.

The second is more of a sure thing, but comes with the hangover of a larger national debt.

So we can expect more Labor spending announcements in the weeks ahead and plenty of ‘drunken sailor’ analogies.

However, nobody should think for a minute that national debt alone is a barometer of economic health, or that Treasury’s forecasts show why that sailor should put his wallet away.

A return to economic health just isn’t that simple.