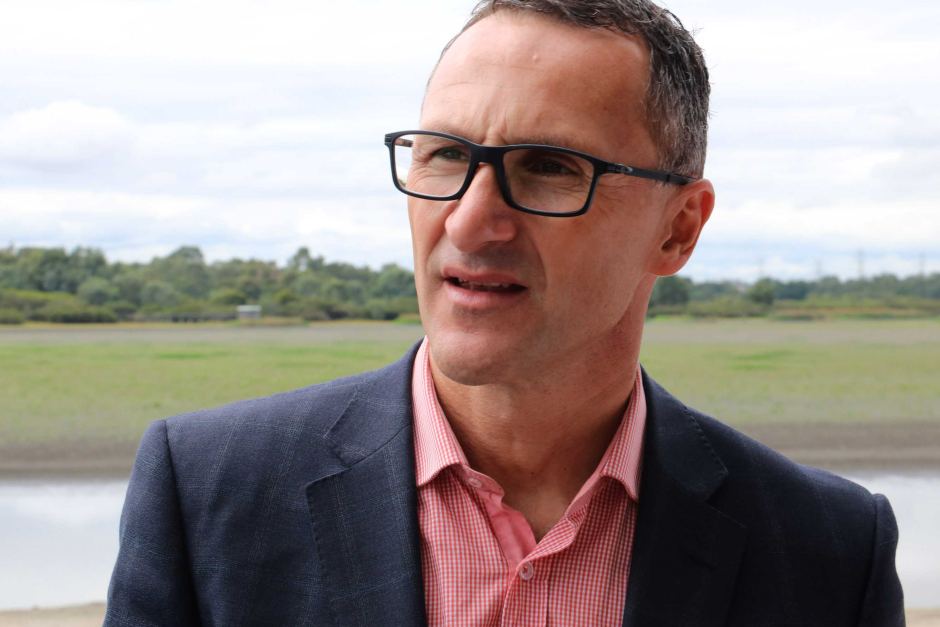 Greens leader Richard Di Natale has indicated his party would support the introduction of a floor price for milk, significantly tightening regulation in the dairy industry.

Senator Di Natale made the comments at the regional leaders debate in Goulburn on a day when dairy farmers protested across the country in response to milk processors slashing prices paid to farmers.

"We need to decide whether we set a floor on it, I think that's one option that's up for debate," Senator Di Natale said.

"But the point here is we cannot continue to have a sustainable dairy industry while Coles and Woolies are ripping off dairy farmers."

Agriculture Minister Barnaby Joyce immediately refuted the idea and said the Government would not re-regulate the industry.

"If you put in a floor price, if that's the Greens policy, I can understand the empathy behind that, but what happens is you end up with massive stockpiles of a product that you can't move and the thing ends up collapsing and that itself creates a crisis," Mr Joyce said.

Some farm groups want processors like Murray Goulburn and Fonterra to scrap "claw back" provisions which allowed those companies to retrospectively cut milk prices recently.

The move forced farmers into hundreds of thousands of dollars of debt overnight.