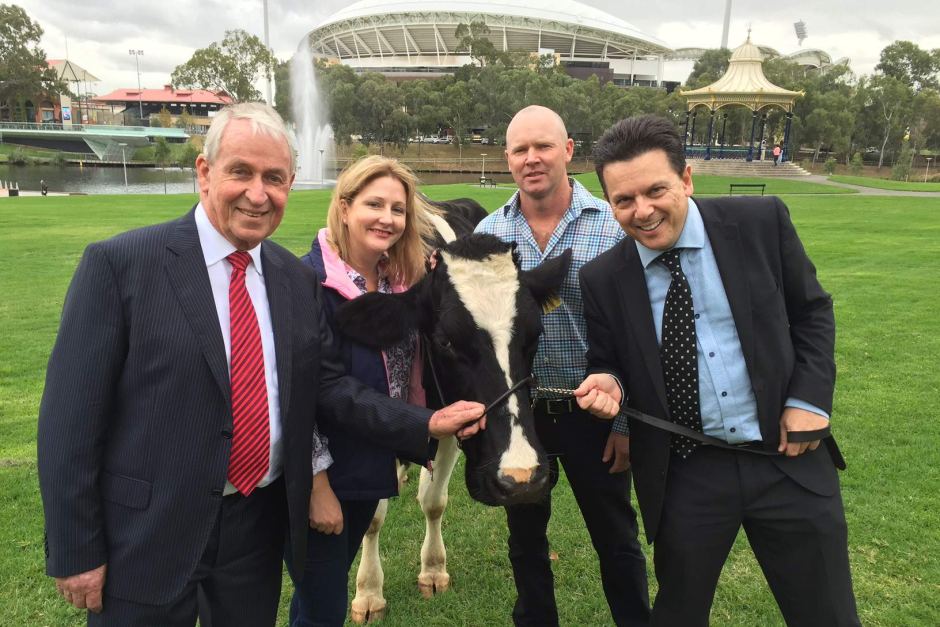 A former dairy farmer running as a Nick Xenophon Team candidate is at odds with the party's leader on how to deal with plummeting milk prices.

In a stunt typical of Senator Xenophon, he brought a dairy cow to a press conference where he called for a temporary levy on milk to help struggling dairy farmers.

"The dairy industry is in crisis, this requires emergency measures," Senator Xenophon said.

"If we don't act now this will mean our dairy industry in this country will be decimated.

"If it's decimated we won't get it back, we'll be relying more and more on imported products, milk products from other countries."

He said a levy was "something that obviously needs to be discussed".

"It would be easier if the market place actually returned more money back to farmers without government intervention."

Later, Mr Stacey went further on social media, writing, "... I would prefer no levy to be put in place."

Facing criticism over his stance, he wrote " ... it's all about discussing views in the NXT team."

There has been outrage among the dairy community since Murray-Goulburn announced last month it would cut milk prices for suppliers by about 10 per cent.