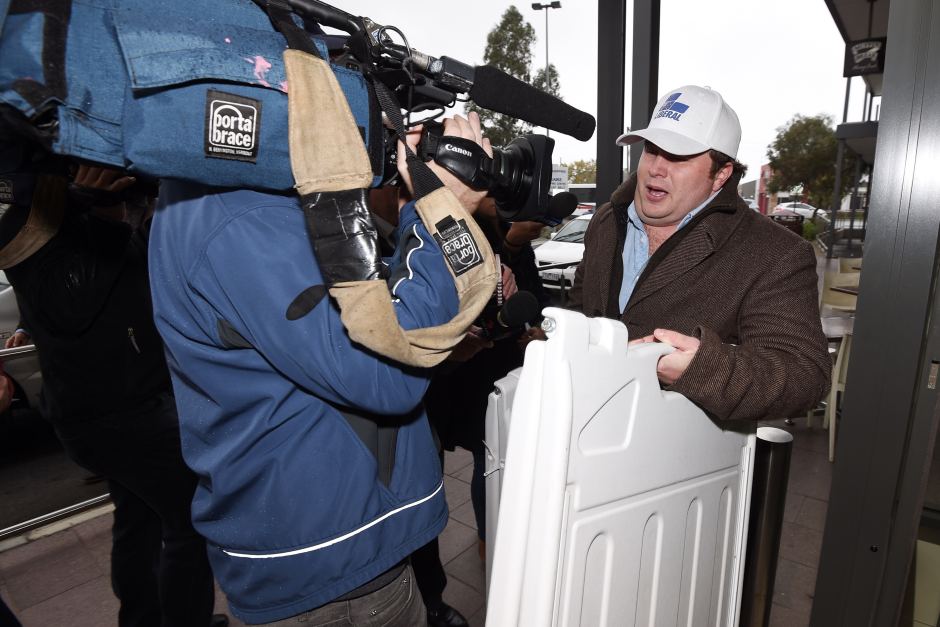 Liberal candidate Chris Jermyn's plan to ambush the Opposition Leader in the marginal Victorian seat of McEwen has backfired.

Mr Jermyn, who is running for the Labor-held seat, declined to outline his party's policy when he was asked a few times about the Government's freeze on Medicare rebates.

Speaking to News Corp, Mr Jermyn said, "There's been talk about a Medicare office and I'm concerned about local outcomes, far more so than the national debate".

"We've got the leader arriving now so I'd like to have a listen to what he's got to say."

Bill Shorten shook hands with the Liberal candidate and went on to mock the fact he could not articulate his party's policy on Medicare.

"A bit of a compliment really that the liberal candidate, Chris Jermyn, turned up here today obviously keen to meet one party leader at this election," Mr Shorten said.

"But I understand he was questioned about what is the Liberal healthcare policy and to be fair to this poor fellow, he said he didn't know."

At another media event, a reporter suggested to Prime Minister Malcolm Turnbull Mr Jermyn had "a Jaymes Diaz moment and was unable to explain the Government's position on the Medicare rebate freeze" and asked if he would be talking to him.

"I know you enjoy taxing our candidates with these questions. Our position on all of these policy issues is very clear," Mr Turnbull said.