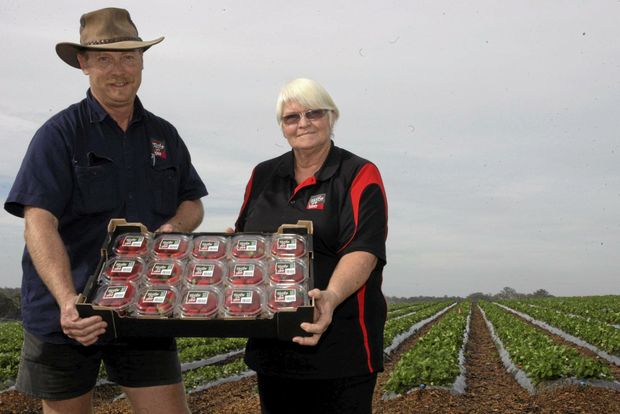 Federal Election 2016: In Caboolture ‘Too late’ to save backpacker tax damage

Member for Longman Wyatt Roy has successfully lobbied the government into holding off on the 32.5% backpacker tax until January 1, and it will now undergo a “comprehensive review” by Deputy Prime Minister Barnaby Joyce.

“It’s too late. Those backpackers have to plan their trips a year in advance and they hear about these things,” Merv Schiffke said.

“Seventy to eighty percent of our workforce comes from backpackers and they’ll simply go where the rate is 15 or 19% in New Zealand or Canada.”

“We’ve already noticed the runner farms that supply our strawberry plants have had much less seasonal workers,” Jane Stothart added.

“We’re not saying there shouldn’t be a tax, but it should be reasonable like everyone else.”

And that’s exactly what the review plans to achieve according to Mr Roy who says the government admits the tax needs to be changed.

“This is a big win for farmers. I’ve been meeting with local farmers and lobbying very strongly with the Coalition party room for this ... and I’ll be making sure Barnaby is engaging,” he said.

“We do need to look at what the rate should be and how it applies to particular visas. If you had a different taxation arrangement for someone working in a farm as opposed to someone working in a café then that’s not an ideal situation ... potentially (a new visa will be introduced).”

“Labor would sit down with the stakeholders and look at every possible solution,” she said.