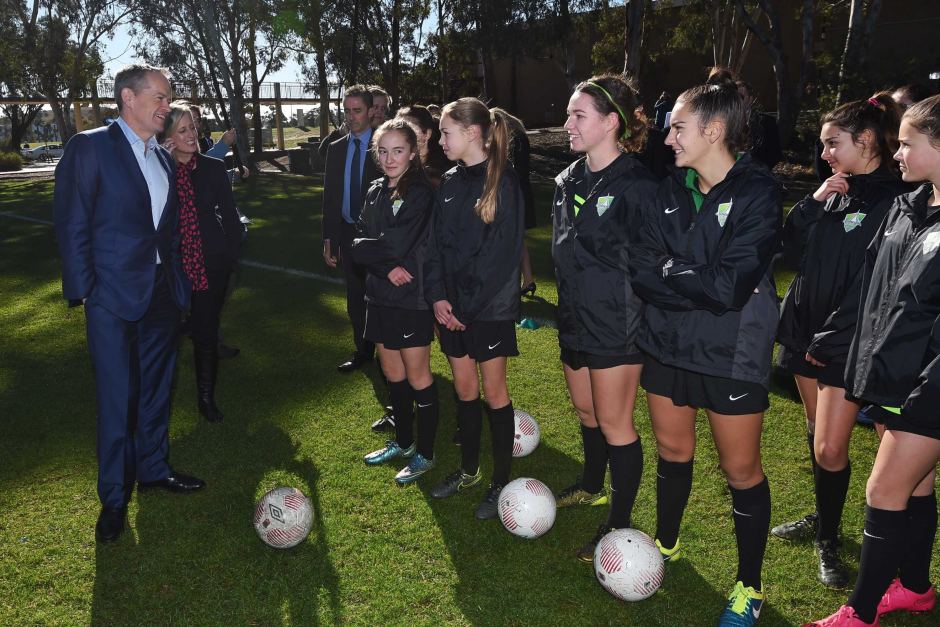 More women's sport will be shown on Australian television under a Labor Government, Opposition Leader Bill Shorten has pledged.

Mr Shorten announced in Canberra this morning his government would fund an extra 500 hours of live women's sports coverage on ABC television and online.

"We are doing this because we believe that our women athletes deserve comparable coverage to our male athletes," Mr Shorten said after meeting with a girls' soccer team.

"We have had multiple teams doing remarkable things. We should never forget that in 2012 arrow elite Australian women athletes won more medals even than our elite men athletes.

"It is important that our women athletes get equal treatment to our men."

Mr Shorten said currently only 7 per cent of sport coverage on Australian television was dedicated to women's sports.

The Opposition Leader said Labor will provide $21 million in funding to the ABC to increase coverage of women’s sport on both television and digital platforms.

"It was a real shame that under the Liberals in 2014 women's basketball and women's soccer disappeared from the television," Mr Shorten said.

"I am pleased that soccer has come back with the Matildas, but the ABC funding cuts has inhibited this."

Mr Shorten assured the funding would not be about competing with commercial networks to bid for sports.

He said the return of basketball coverage and women's hockey on the ABC would be sports of interest.