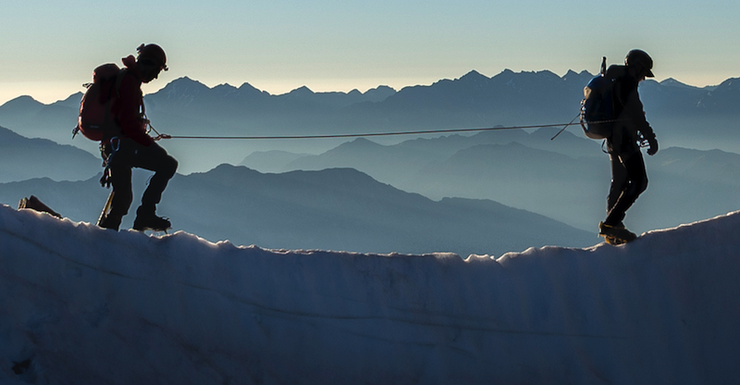 The government’s bold move on super reform threatens to make the negative gearing bubble bigger. It’s now down to Labor to show how both can be done at once.With the starter’s gun now fired on the 2016 election campaign, Labor and the Coalition are beginning the marathon with each promising to fix half of the massive distortions in the nation’s tax system.

The Turnbull government’s first budget boldly addresses some of the more ridiculous tax concessions given to wealthy Australians through the super system.

And Labor begins its campaign with an equally bold plan to call time on the economically harmful practice of negatively gearing investment properties.

It’s as if voters are being asked to pick which mountaineer will lead the nation through the economic winter of 2017, despite it being increasingly obvious that neither policy can succeed on its own.Critics of these two reforms are already pointing out that if the ‘tax avoidance’ measures of negative gearing and capital gains tax discounts are closed down, superannuation tax concessions will become even more attractive to wealthy Australians.

Likewise, the government’s super crackdown will probably push high-income Australians to divert even more money into the housing market.

Either outcome would be a disaster for 2017 and beyond.

What are we trying to fix?

There are some huge economic challenges ahead. Next year, Australia is forecast to see another large contraction in mining investment, but accompanied by lower investment in the non-mining sectors too.

That’s very bad news for ‘jobs and growth’, and will almost certainly flow through to more tax revenue downgrades in the federal budget – meaning the current large deficits will just get larger.

The Turnbull government’s answer, which shocked many on budget day, is to claw back $6 billion in super tax concessions affecting the top few per cent of income earners, and to plough half of that back into the small business sector as tax cuts.

In itself, that makes a fair bit of sense.

But the government has also dug itself into a very deep trench on negative gearing.

It has done its best to portray the negative gearing and capital gains tax discounts as ‘wealth creation’ when in fact they have primarily been about ‘wealth transfer’, from taxpayers who don’t make use of them to those who do.

Treasurer Scott Morrison said at the weekend that “one in five police” use negative gearing to build wealth, but that’s another way of saying “four out of five police pay higher levels of tax to subsidise their colleagues”.

Workers in essential services such as in policing, health and education do deserve a break, but through higher wages rather than having to resort to tax avoidance.

Both the super reforms and the negative gearing reforms aim to:

– allow capital to flow to where it is most productive, rather than most tax-efficient

– to return billions of dollars to the budget bottom line, which would help with those higher wages.

In addition to those goals, Labor’s proposed negative gearing reforms would begin to address the crushing housing affordability problems that are rightly generating such anger in younger age groups.

The Coalition’s superannuation reforms appeared so unexpectedly on budget night that Labor is still considering how to react.

In his budget reply speech, Opposition Leader Bill Shorten said only that “Labor will gladly support our own clear and costed policy to close the unsustainably generous superannuation loopholes at the very top end”, though it’s still unclear what that policy will look like.

Likewise, Shadow Minister for Superannuation Jim Chalmers told Sky News on Thursday: “That was the first we’d heard of it on budget night so you’d understand that we’re taking the time to speak with stakeholders and to properly understand all the implications. That is a retrospective change and a lot of the stakeholders have said to us already that they’re worried that it’s retrospective.”

So Labor’s policy and political advisors are in an unexpectedly strong position on these two issues. While they’re ruling out ‘retrospective’ changes to super tax concessions, they have an opportunity to rein them in other prospective ways.

That means that while on day two of the election campaign voters are offered the choice of either negative gearing reforms or super concession reforms, they may soon be offered a substantial policy on both by a single party – Labor.

Nobody likes giving up tax concessions, and those most heavily invested in making use of them will stir up merry hell to prevent more changes.

Nonetheless, the economically responsible thing for Labor to do now is put two bold reforms on the table at once.