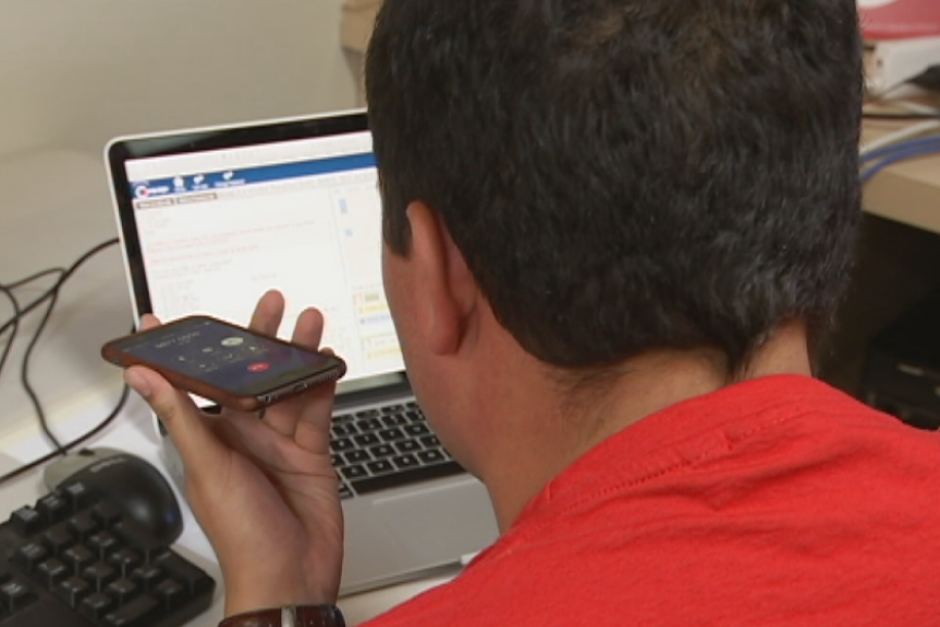 Election 2016 Inside a 21st century election campaign: how big data and social media are being used to target your vote

Behind an ordinary shop front, far from the chatter of Canberra's Parliament House, the real election campaign is already underway.

In fact, it has been going full steam for weeks.

In an outer suburban Melbourne swing seat Labor is running its 'listening post'.

From desks covered with phones and computers, thousands of conversations between volunteers and the voting public take place.

It is just one of the phone banks the major parties are utilising around the country.

"Hello, is that Jillian?" the volunteer operator asked the person at the other end of the phone.

"My name is Jacob and I'm a friend of Tony Clarke's, he's your local Labor candidate. Do you mind telling me what issues matter to you Jillian?"

Speaking to voters the most effective interaction: campaign guru

He campaigned for Barack Obama in 2012 and used the technique in 2014 to help Daniel Andrews become the first leader in 60 years to topple a Victorian government after just one term.

We are going to try and talk to them one-on-one and understand what their needs are, and they can feed back to us what the community is looking for.

"There's no more effective conversation or interaction with a voter than actually speaking with them," he told 7.30.

Tony Clarke is the local ALP candidate for Deakin.

"We are going to try and talk to them one-on-one and understand what their needs are, and they can feed back to us what the community is looking for," he told 7.30.

It is a simple premise with a 21st century edge — target a swing seat, get residents talking with other residents, log the data and send it to campaign headquarters.

It is a time-consuming process, but just one of the weapons in the campaign arsenal.

It has prompted some to say that in this 2016 Australian election politicians will not need to get your vote though TV soundbites anymore.

Dr Andrea Carson is a political scientist who has studied how politicians engage their audiences in election campaigns on social media.

"Modern campaigns are highly professionalised, they are about public opinion, about polling, marketing and about having a very targeted message," Dr Carson told 7.30.

"Social media is a very seductive means for candidates because they are not going through a gatekeeper, and not having their message mediated."

"Most people might remember in 2007 Kevin Rudd really took some of the lessons being learned in the US and made it a campaign about himself, Kevin 07," Andrea Carson said.

"He was the first politician to have a million Twitter followers, and he'd take selfies and put them up online."

Professor Axel Bruns, from Queensland University of Technology, says you can tell a lot about the different parties' campaign structures through their digital campaigns.

"I think on the Coalition side we are already seeing the beginnings of a small target strategy," he told 7.30.

"I think the Coalition will pursue that kind of agenda on social media, not make any mistakes, and run a carefully managed campaign."

"[Labor] fights from underdog position and therefore it needs to be more inventive and aggressive in its strategy."

But Professor Bruns says that social media can sometimes be an echo chamber of ideas you already agree with.

"What can happen is Twitter, and social media more broadly, will reinforce people's perceptions of pollies, parties and policies."

Dr Andrea Carson has assessed the Facebook pages of the leaders of each major party.

"(Malcolm Turnbull's) is a really good example because you can see a personal message but you can see (he is) talking about plans for jobs and growth," she said.

"He's using the medium here to put out negative messages about Turnbull and this is quite a clever way of doing it because it's cheap, it's quick and it bypasses traditional media," Dr Carson said.

"But with a bit of luck for the political party it will also be picked up by mainstream media, and this is important because it saves them big dollars and it reaches maximum viewers by traditional and social media platforms."