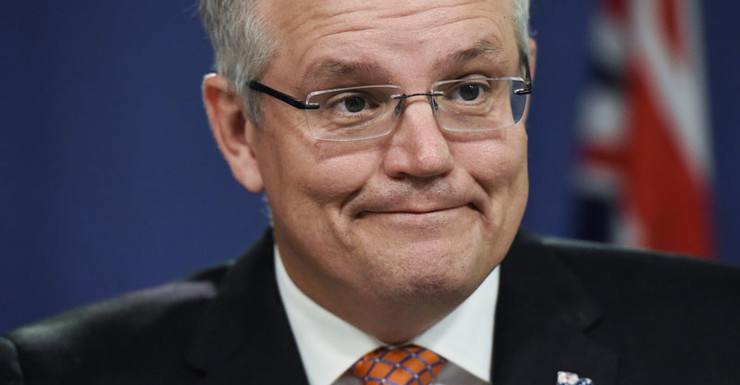 Australia's small and medium-sized businesses will get a tax cut from July 1, in measures to be announced in the federal budget.

Eligibility for the new tax rate will be increased for companies with a turnover of up to $10 million, up from the $2 million threshold now.

They are also expected to get access to the instant asset write-off scheme, which allows them to claim an unlimited number of assets worth up to $20,000 each.

The measures will apply from July 1, a day before Australians go to the polls.

Larger companies will continue to pay the 30 per cent tax rate, but the budget is expected to include a 'glide path' to 27.5 per cent over time.

The corporate tax cuts will be funded by a further crackdown on multinational tax avoidance, including a more aggressive diverted profit tax.

'We'll reinvest that back into the productive capacity of our country by ensuring a lower tax burden, particularly for small and medium sized businesses, to ensure we continue to drive growth,' Treasurer Scott Morrison told reporters on his way into at Parliament House on Tuesday.

The so-called 'Google tax' is expected to be similar to the one that operates in Britain.

A new unit within the Australian Taxation Office will be given more resources and there will be stronger protections for whistleblowers.

To address income tax bracket creep, there will be a small increase to the $80,000 threshold, over which income is taxed at 37 cents in the dollar, up from 32.5 cents.

Australians earning more than $250,000 a year will have their tax on superannuation contributions doubled.

As well the cap on lump sum payments will be reduced and loopholes tightened around transition-to-retirement rules.

Women will be helped to build their retirement nest eggs as they take time off to raise children.

The budget will include a copy-cat tobacco excise hike, with four annual increases of 12.5 per cent, matching Labor's policy.

But leaked Treasury modelling shows a $19.5 billion funding hole in Labor's revenue estimates for the measure.

Labor wants to use revenue from the excise hike to pay for its schools funding plan over 10 years.

Opposition finance spokesman Tony Burke dismissed the modelling, saying even if it was accurate Labor was planning to make more savings than it was was planning to spend.

'The claim that anything is unfunded is purely fictitious,' he told ABC radio.