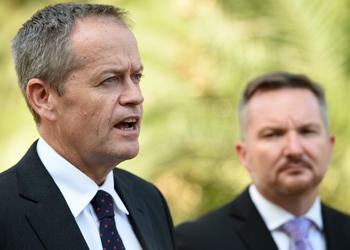 Budget 2016: A breakdown of where Labor stands on the Government's announcements

The Federal Opposition has slammed the budget as a gift for billionaires which is "unfair at its heart".

But it has backed several budget measures — partly because some of them come straight from their playbook.

Here is a brief breakdown of where Labor stands on some of the Government's major announcements.

Opposition Leader Bill Shorten has scoffed at the Coalition's policy to offer a small tax cut to people earning between $80,000 to $87,000 a year, saying they are the equivalent of "a cup of coffee and a biscuit" per week.

But with an election looming, the Opposition will not stand in the way of the tax cuts — which means they will become law. The money will start to flow (or trickle) from July 1 this year.

The ALP has also confirmed it wants to keep the temporary deficit levy for high-income earners. The 2 per cent levy is imposed on income over $180,000. It was introduced by the Abbott government in 2014.

The levy is due to phase out next year — but Labor said it would reinstitute it as a permanent tax bracket if it wins the election.

That is likely to earn the ire of business groups, who argue that high-income earners are going to be tempted to leave Australia if they have to hand back just under half their income to the ATO.

Shadow Treasurer Chris Bowen said it was "a difficult decision ... we would prefer not to have it but while we've got the budget under pressure then that is fair".

The Opposition has given full backing to the Coalition's policy to ramp up the price of a pack of cigarettes to $40.

That is because they made an identical proposal last year. Labor has accused the Government of shamelessly plagiarising their policy — but the real stoush has been over how much money the measure will raise.

Labor's costings from the PBO said it would bring in almost $48 billion a year over the next decade — but Treasury believes it will only raise $28 billion in the same period.

The Coalition's youth employment plan would fund internships and other work programs for young people struggling to get a job. The program has already been slammed by unions, who have accused the Government of undermining pay and conditions.

But Labor is treading a little more cautiously. The Opposition's Employment spokesman Brendan O'Connor said "anything that supports young people into jobs is welcome".

But then he added: "This is another case of putting business over battlers — providing no-cost labour to employers further eroding young people's rights in the workplace, with no real training, and no real jobs at the end of it."

Labor has given qualified backing to the Coalition's company tax cuts. The Government has announced it will cut the company tax rate to 27.5 per cent.

The ALP has backed the tax rate decrease, but it will not support the new threshold. So small businesses would still win out under Labor — but medium-sized enterprises would miss out.

The Government has planned to set up a new unit within the ATO to crack down on tax evasion by multinationals and wealthy individuals.

Mr Shorten has backed the initiative, but has again accused the Coalition of playing catch-up to Labor: "We have been calling for a year to take real action on multinational tax avoidance."

The Government's plan to curb superannuation tax concessions for wealthier Australians has been largely welcomed by Labor. The Coalition will increase tax on contributions for those earning more than $250,000 a year, from 15 to 30 per cent.

The ALP put forward the same policy last year, so aside from accusing the Coalition of plagiarism, it can only lend its support.

But Labor is a little circumspect about the Government's plan to limit concessional contributions, and cap the amount of tax-free super savings a person can hold in retirement at $1.6 million.

Mr Bowen said he needed to make sure the Government had done detailed work on the proposal, but added: "We certainly look at it in a light of wishing to support better targeting of superannuation concessions."