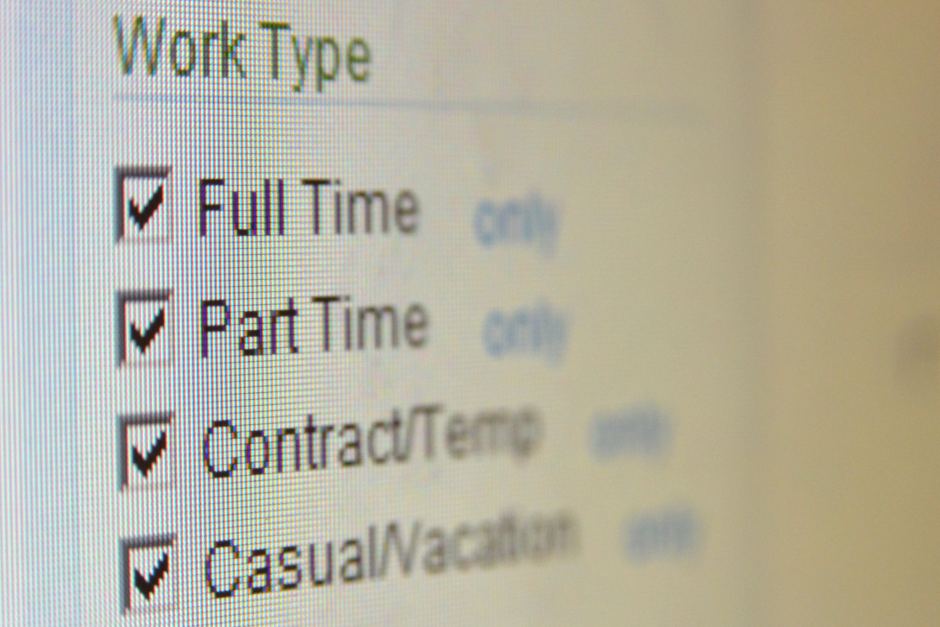 Official figures estimate 26,100 jobs were added in March and the unemployment rate fell to 5.7 per cent.

Bureau of Statistics data show the jobs growth was entirely in part-time work, with 34,900 jobs added, while full-time employment declined by 8,800, seasonally adjusted.

This shift to part-time was also reflected in the number of hours worked, which slipped by 17.5 million to 1,632 million in March.

"The collapse in hours worked in March (down 1.1 per cent month-on-month, up just 0.7 per cent year-on-year) and the fall in full-time employment (of 8,800) makes the March employment report weaker in the detail than the headlines," he wrote in a note on the figures.

However, Savanth Sebastian from CommSec said the positives in the data outweighed the negatives.

"While the pessimists may focus on the fact that hours worked fell in the March, the slide in the unemployment rate to 5.7 per cent – the lowest levels in two-and-a-half years – will provide a big boost to confidence amongst Aussie consumers," he wrote.

"As we saw over the latter part of 2015, job security plays a big part in household consumption."

A steady participation rate of 64.9 per cent, meant that the proportion of people in work or looking for it did not affect the fall in joblessness.

The typical forecast among the 26 economists surveyed by Bloomberg was for the unemployment rate to edge up from 5.8 to 5.9 per cent, even though most expected the Bureau of Statistics survey to show around 17,000 jobs were added last month.

The Australian dollar had been weaker this morning after ratings agency Moody's warned that the Federal Government could face a downgrade from AAA if it did not include tax increases in its May 3 budget.

However, the dollar roared back to life after a typo by financial wire service Reuters initially put the jobs added figure at "260.1k" instead of 26,100.

The Australian dollar bounced on initial incorrect reports of 260,100 jobs being added. (Bloomberg)

On a state basis, Western Australia, South Australia and Victoria all had substantial falls in their unemployment rates.

However, Queensland bucked the national trend, with a steep rise in unemployment, albeit after enjoying a large drop in joblessness in the previous reading.

The state figures, due to small sample sizes, tend to be very volatile, especially the smaller states and territories.