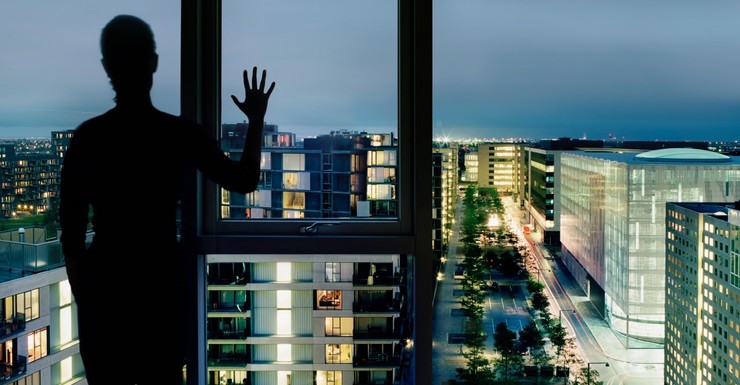 The great apartment shakeout has begun

Now could be the time to get into the apartment market as a wave of new developments are built. But choose wisely so you are not left with a dud.

The apartment market shakeout has begun with national apartment sales falling by 10.6 per cent for the month of February, according to figures released by the Housing Industry Association (HIA).

With prices under pressure for some time, it means now could be the time for young buyers to get into the market.

The HIA is pessimistic about the housing market overall, with chief economist Harley Dale calling an early stage in the downturn.

“Stage one of a down cycle in new home building will be moderate, but signs of a sharper contraction in subsequent stages may emerge as the year progresses,” he said.

While overall house sales are weak, the real worry is the apartment market, where construction has been at record levels.

“Sales have fallen from recent highs that we’ve never been anywhere near before,” Mr Dale told The New Daily. “There is a big backlog (of recently or soon-to-be completed apartments) in the cycle.

“There’s a risk of a big fall in in the apartment market that could come in the second half of the the 2016/17. We should monitor the situation quite closely.”

The oversupply is making itself felt in market prices, said Robert Di Vita, a consultant with National Property Buyers which acts for both buyers and sellers in Melbourne, Adelaide and Brisbane.

“There’s a two-speed market with the housing market undersupplied and apartments oversupplied,” he said.

This reality means “it’s a good time to buy” for young owner-occupiers, Mr Di Vita added. “We had four apartments in Northcote (in inner Melbourne) listed from last September. We have sold two, which took six months.

Those sales represent a 10 per cent discount on the asking prices, and Mr Di Vita said some prices have fallen 15 per cent.

However, buyers need to be careful in selecting apartments.

“Buy boutique apartments in blocks of not more than 12 that are in established suburbs, off main roads and are at least 50 square metres,” he said. They should also be within 20 kilometres of city CBDs, he added.

Buyers should avoid new apartments in big blocks in inner areas where councils are encouraging development.

“You pay a premium for new apartments and you could lose 15 or 20 per cent of value, especially if you buy off the plan,” he said. “It’s like a new car: when you drive it out of the yard it drops in value.”

New apartments in big blocks also have high owner’s corporation costs to pay for lifts, car parks and facilities like gyms. If you buy into the wrong type of apartment “you could find yourself with negative equity a few months down the track and it could take you three to five years to get a capital gain”, he said.

In the longer term, well-bought apartments should make capital gains of around seven per cent a year, Mr Di Vita said.

Robert Mellor, managing director of research group BIS Shrapnel, said the apartment glut is most severe in Melbourne and Brisbane.

“We’ve been concerned for some time about the inner areas of Melbourne and Brisbane where there has been significant excess of of supply,” he said.

There are a number of factors playing against apartment prices along with over-building.

“The largest impacts have been made by slowing population growth caused by falls in net immigration and the restrictions by regulators on investment lending,” Mr Dale said.

Apartment rents are also falling and apartment vacancy rates are expected to climb from 3.5 per cent in Melbourne to “five or six per cent”, Mr Mellor said.

Detached house sales in February fell 3.9 per with NSW driving the decline, reporting a 7.4 per cent sales drop, while in Queensland sales slumped 12.1 per cent and in South Australia they were 3.5 per cent weaker. Victoria saw a rise with 1.7 per cent and WA was 1.8 per cent higher.