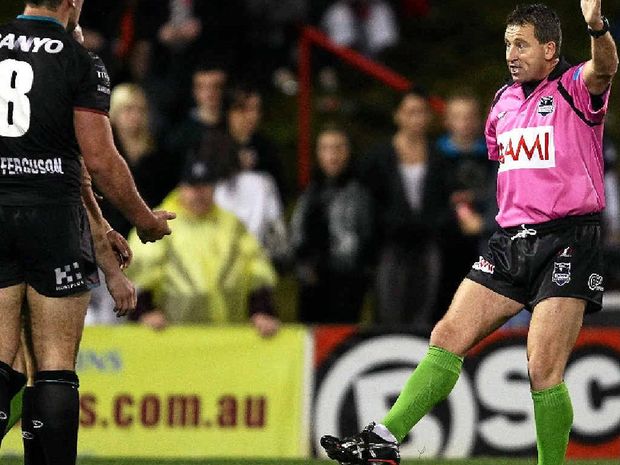 Melbourne forward Nelson Asofa-Solomona's sneaky reverse trip on Tigers five-eighth Mitchell Moses at Leichhardt Oval on Sunday should be enough to spark some action from the NRL to crack down on the dangerous play.

Asofa-Solomona and Bulldog Tim Browne joined the growing list of NRL trippers this season, with officials now surely under pressure to look at a rule change to allow referees to sin-bin offenders.

Under the rules, the whistle-blowers can only send players off, not put them in the sin bin, which is reserved for professional fouls and repeat offenders. Referees cannot sin-bin players for misconduct or foul play.

"We're always assessing trends in the game. If it becomes a concerning trend, with an impact on player safety, it may be discussed at the upcoming competition committee meeting," an NRL spokesman told Australian Regional Media when asked about the worrying tripping epidemic.

Whether deliberate or a reflex action, the act of tripping has the potential to cause serious injury, or potentially end a career.

Years ago, tripping was so frowned upon offenders were sent off.

Now it attracts only a 75-point penalty, which isn't enough to see offenders miss a game, even though the player on the end of the trip could miss weeks with a leg injury.

Asofa-Solomona will not miss Monday night's Anzac Day clash with the Warriors in Melbourne, despite clearly sticking his leg out and tripping Moses who was racing across field.

He is the sixth player in just three rounds to be charged with tripping.

Melbourne's Marika Koroibete (on Chad Townsend), Canterbury's Tony Williams (Blake Austin), Dylan Walker (Tuimoala Lolohea) and Gareth Widdop (Jordan Kahu) have all pleaded guilty to tripping since round four, but have been free to play the following week.

Meanwhile, Newcastle forward Pauli Pauli is in danger of missing Monday's home game against Manly after being slapped with a grade two careless high tackle charge for his hit on Broncos counterpart Joe Ofahengaue in Newcastle's loss at Suncorp Stadium on the weekend.

With two prior non-similar offences in the past two years, Pauli will need to challenge the grading at the NRL judiciary to have a chance to play against the Sea Eagles.

The match will feature the first battle between coaches Nathan Brown (Newcastle) and Trent Barrett (Manly) after the infamous "face-slapping" incident in 2003, when Brown, then coaching the Dragons, slapped Barrett on the face on the sidelines to make a point during a match against Manly at WIN Stadium.