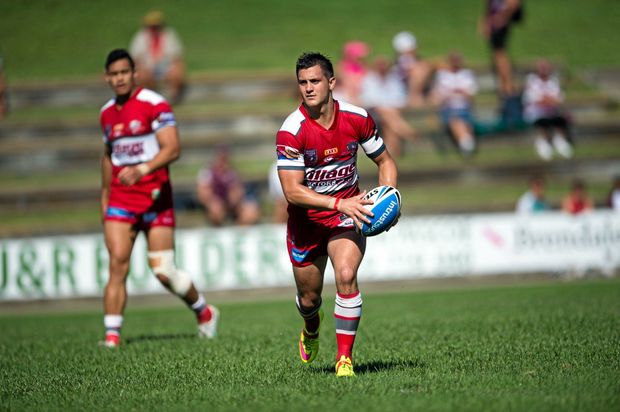 There is always a positive to take home for Ipswich Jets co-coaches Ben and Shane Walker.

That ability to find a silver lining will be in desperate need following the Jets 38-12 thrashing at the hands of the Redcliffe Dolphins on Saturday.

Co-coach Ben Walker said the Jets fourth loss from the first six rounds of the Intrust Super Cup had proved an important lesson.

“It’s definitely not the result we were hoping for,” Walker said.

Boosted by the return of Newcastle recruit David Fa’alogo, the Jets forward were always going to be tested by a damaging Dolphins forward pack led by new captain Sam Anderson.

Poor ball handling and a lack-lustre attack saw the Jets struggle to break into the game in the first half, and the Dolphins were quick to make the visitors pay.

Redcliffe piled on five tries to none and added 10 points off the boot of halfback Darren Nicholls.

Walker said the defeat was a clear message that something was not working in the Jets approach.

“We’ve known something has been wrong,” he said.

“Both internally and from Shane and I’s point of view, it was a lightbulb moment.

“We might have gotten more out of that loss than we would have from a win. We didn’t get the two points, but you’ll see a vastly different team next week.”

Rather than place blame on his players performance, Walker was ready to shoulder the blame.

“As coaches we are going to tighten up and help the players,” he said.

“The way we went about the loss and the rebuilding afterwards is the important part.

“We know what works and we know from here on out we’ll be playing a style that works for us.”

An improved effort from the Ipswich outfit, saw the Jets lead the second half 12-6.

However Walker refused to see the second half performance as a turn-around.

“You don’t take into consideration the individual halves. I don’t buy into that.”

The win over the defending premiers was the third of the season for Redcliffe and Walker said it should put the competition on notice.

“I think they are the team to beat this year,” he said.

“They’ve got a good side this year and they played really well against us (on Saturday).”

Both the Walkers and the Jets faithful will be hoping the Jets can learn from this weekend’s result and turn their performance around against the cellar-dwellers.