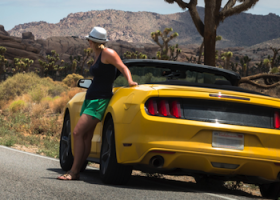 Queensland motorists are facing a vehicle registration rise of $32 from July this year — a reduction of more than half the expected increase.

The State Government had touted a $76 increase earlier in the year to the Compulsory Third Party (CTP) insurance component of vehicle registration to pay for the changes.

The lower increase comes after the Palaszczuk Government revised down the cost of implementing a new insurance scheme to cover the victims of serious traffic crashes where there was no-one at fault.

A bill to implement the scheme was introduced to State Parliament today.

"A catastrophic injury could happen to any of us — it could be a loved one, or a friend.

"The cost of their care over a lifetime can be millions of dollars.

"This can be devastating not just for the injured person, but for their families and friends."

He said about half of the 140 people who are catastrophically injured in motor vehicle accidents in Queensland every year were not guaranteed the lifetime care they required.

Queensland is the last state to implement the scheme for where victims do not have to establish legal blame for the cause of an accident to receive compensation.

The State Government hopes to implement the changes from July this year.