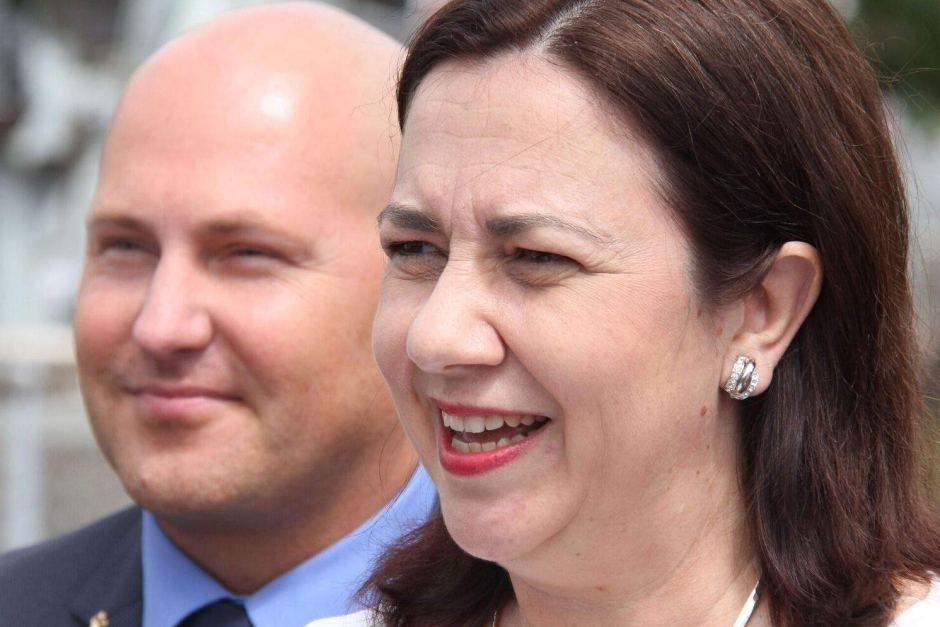 Queensland Premier Annastacia Palaszczuk appears to have contradicted her Treasurer over his plans to allow foreign pension funds to invest in government-owned corporations (GOC).

Ms Palaszczuk told Parliament the Government would not be going down that path, despite Curtis Pitt telling The Australian newspaper he had written to all state-owned businesses about securing private funding.

"New commercial expansions of port infrastructure could be privately funded, with investors receiving agreed returns and the port remaining as a GOC," Mr Pitt was quoted as saying.

The Premier ruled it out after being questioned by Opposition Leader Lawrence Springborg.

"Will the Premier admit the Government's plan to sell government-owned corporations' future profits to foreign pension funds is nothing more than privatisation by stealth?" Mr Springborg asked.

"That is simply not the case," Ms Palaszczuk replied.

She denied it again after a similar question from deputy opposition leader John-Paul Langbroek.

"Will the Premier advise the House where in the Government's pre-election commitments and costings document did she say that she'd sell the future income-producing opportunities of state assets to foreign pension funds?" Mr Langbroek asked.

Ms Palaszczuk replied: "As I've stated very clearly: we are not."

The Opposition then asked her to instruct the Treasurer to release his correspondence with GOCs.

"I'm not aware of that correspondence - he should perhaps direct that question to the Treasurer," Ms Palaszczuk said.

Mr Pitt denied that he and the Premier were at odds.

He said Ms Palaszczuk was correct to rule out private investors getting a share of GOCs' current income.

But he said public-private partnerships could still be used for new infrastructure.