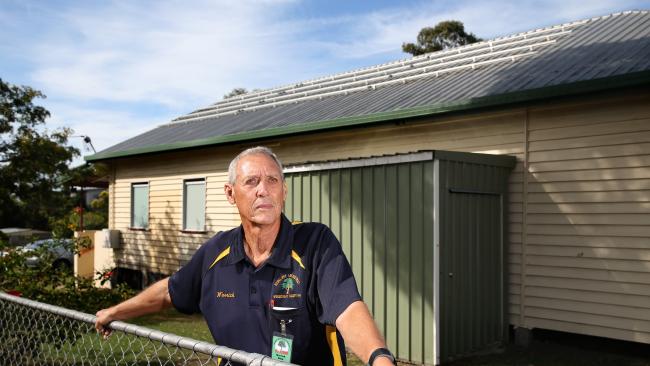 Thieves who ‘knew what they were doing’ have pinched 24 solar panels north of Brisbane.

Solar panels installed at the Redcliffe and District Woodcrafters Society’s ­clubhouse almost a year ago have ­vanished.

Club president Warrick King was told all 24 panels were missing by a member of the group — who also happened to be the electrician who installed them.

The panels, worth $10,000, were removed from the clubhouse roof between April 1 to April 4.

Mr King said he was shocked and curious as to how the thieves actually managed to do it.

“It appears they knew what they were doing,” Mr King said.

“They have turned security lights towards the building and disengaged the security fluoros so no one could see them.”

Mr King said they had also managed to disconnect, remove and transport the ­panels.

The panels, which were paid for by the members of the club, were installed to help reduce electricity costs.

“We have the machines running most of the day … the solar panels had just about removed the electricity bill, which is also ­covered by members,” Mr King said.

He said the club’s insurance company was dealing with the issue.

The club will be increasing security measures before the next set of panels are installed.