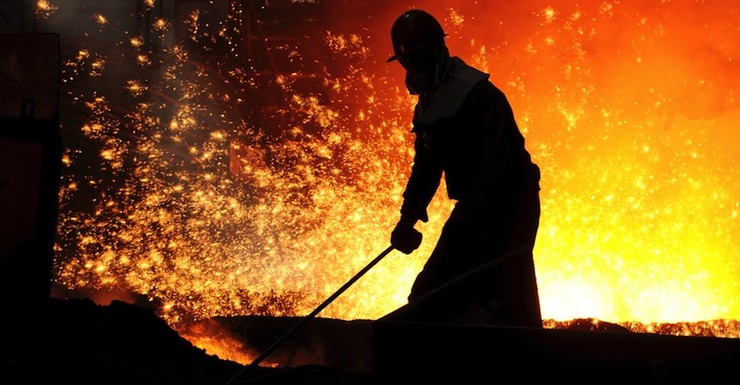 ‘Protectionism’ is no longer a dirty word

The fight over Labor’s plans to save the Australian steel industry, announced this week, highlights a tension that has grown within many economies since the global financial crisis.

That tension is between which delivers more of ‘what the people want’ – free trade, or political intervention.

The logic of globalisation and free trade has dominated in economic circles since the 1980s, yet politicians know that voters often ‘irrationally’ want things the market can’t deliver.

For one example, look at Japan’s bountiful and often beautiful agricultural landscape.

Literally hundreds of thousands of part-time, small-plot farmers stay on the land, protected by some of the tightest protectionism in global markets.

So when the Abbott government signed a trade deal with Japan, Australia mostly gained only small concessions on the foods we want to sell into that market.

Economists cheered the fact that the ‘Japanese agricultural protectionist nut has been cracked’, but political thinkers know that free agricultural trade – which would wipe out up to 90 per cent of small holdings  – is a tough sell in Japan.

To prevent Arrium (formerly OneSteel) shutting down its Whyalla operations, the ALP has announced a package of protections that Treasurer Scott Morrison has slammed as worthy of a “1950s-era communist dictator”.

The plan aims to “maximise the use of local steel through existing measures that are already in place, and which are entirely consistent with our trade obligations, through the enforcement of Australian standards, tougher anti-dumping rules and broader use of Australian Industry Participation (AIP) plans”.

Is that protectionism? Well yes, but of the murkier kind – what trade experts call ‘behind the border’ measures.

They are harder to root out than obvious measures such as tariffs, because they don’t breach World Trade Organisation rulings.

And everyone does it – whether it’s US sugar and beef, Canadian or Germany car subsidies, or Thailand’s suite of manufacturing subsidies, each government finds ways to keep competition out of some sectors.

Is protectionism a dirty word?

Between the early 1980s and the onset of the global financial crisis, protectionism rapidly lost favour – in Australia, the Hawke government was the first to attack Australia’s high tariffs after it won power in 1983.

Since the GFC, however, the voice of economic nationalists and protectionists has grown louder, supported by hordes of unemployed workers – something Australia has not suffered to the same degree.

But things are changing here too.

Labor’s gamble is that voters will understand the argument that Australia needs steel for ‘strategic’ reasons.

The argument is not totally without merit, for several reasons.

Although Arrium has not managed its business as well as it could, two of its major sources of grief were well beyond management’s control.

Under WTO rulings, China is not allow to dump that cheap product in Australia at below-cost prices – and yet slack enforcement has meant that in the past few years that’s exactly what happened.

There is also the dollar problem. During the years when the Aussie dollar bought more than 100 US cents, Arrium found itself selling over-priced product, losing money, and therefore having to borrow heavily.

That dollar pressure, known as ‘Dutch disease’, was felt in other sectors too, but not all were competing with dumped product at the same time.

If a future government, Coalition or Labor, decides to ramp up infrastructure spending, the Aussie-dollar price of steel won’t change even if the currency falls lower.

The fickle Aussie dollar has hit nine-month highs in the past week, but most forex traders expect it to grind lower into 2017.

Ultimately, however, economic arguments come second when voters decide they must have ‘traditional farming’, their own auto industry, a subsidised bio-fuels industry (a big favourite with sugar growers), or ‘strategic steel’.

Australians have already watched one subsidised industry – auto manufacturing – chased away in 2013.

Letting steel collapse could, therefore, be a bridge too far – no pun intended.

Labor may be right, therefore, in punting that voters just want steel to be made here – whatever the price.