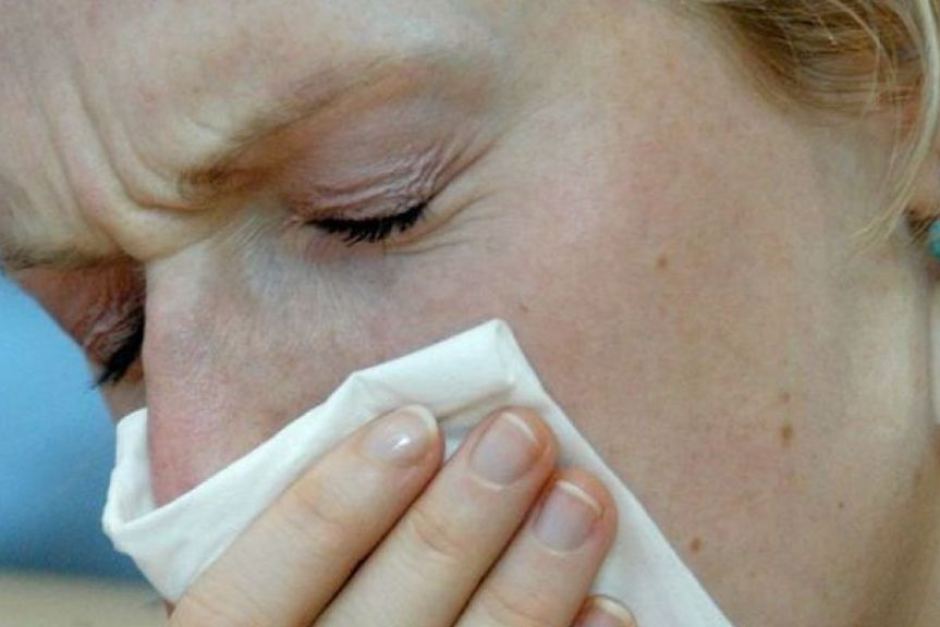 Sick workers dragging themselves into the office are costing the Australian economy more than $34 billion a year, indicates a new report.

The report also found that improvements in emergency room diagnosis of chest pain had the potential to save the economy $167 million a year.

Pathology Awareness Australia (PAA) commissioned the report from the Centre for International Economics.

John Crothers, the chair of PAA, said "presenteeism" was the word used when people headed to work when they were probably too sick.

"And that's all about not understanding what's going on with their healthcare at that point in time," he said.

"Yes, you've got a deadline to hit — but you want to do that in the understanding that your body's in a position to be able to do that effectively, and not underperforming and not spreading something that might actually be contagious."

Mr Crothers said while workers might think they were doing the right thing, they risked infecting colleagues and lowering overall workplace productivity.

"If it gets to a point where, 'gee this is a bit more than a just a common cough and cold', then certainly see your general practitioner, your clinician," Mr Crothers said.

"And then the clinician will make a decision: 'can I do this with my clinical assessment' or more often than not … they will actually require pathology to help them with that diagnosis."

The report also examined the economic benefits of pathology to Australia.

It found that improvements in emergency room diagnosis of chest pain had the potential to save the economy $167 million a year.

"More often than not you are requiring a pathology to do that, but it's also this test called the troponin, which is critical," he said.

"And now … the innovation in that area is taking the time from anywhere from eight hours to down as low as two hours with these new high sensitivity tests.

"The wait time, the ability for people to go home early, people to be admitted early, and that's where that $167 million comes from."

The report also found that improved testing of diabetes patients in Australia could save hundreds of millions of dollars a year in preventable treatment costs.