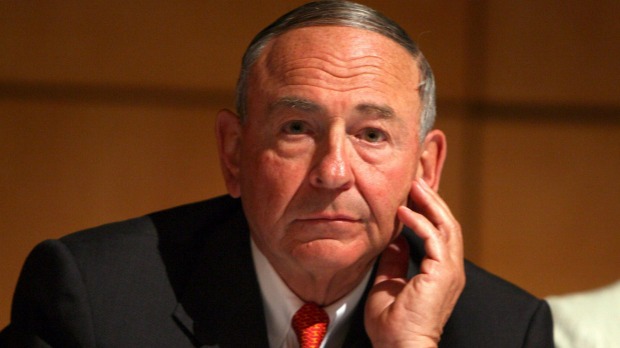 The former chairman of the Australian Stock Exchange and the ABC, Maurice Newman, has warned that Malcolm Turnbull's "left-leaning" leadership could lead to the rise of a new conservative party.

"If the people who support the Liberal party and the Liberal party values find that essentially it's a Labor-like party, then they'll clearly be attracted to whatever alternatives might be presented to them," Mr Newman said.

Tony Jones: Is that what you think it is? A Labor-like party now that Malcolm Turnbull is leading it?

Maurice Newman: Yes, I think it is. I think that if you look at what few policy decision have been taken, they are to give more money to renewable energy, to put more money into the Clean Energy Finance Corporation. There are all sorts of things which are for bigger government.

"I think people who know both people well would agree that Mr Turnbull and Mr Rudd have similar personality characteristics," he said.

Tony Jones: They're both the smartest guys in any room...

Maurice Newman: Well I don't think anyone would ever doubt that either Mr Rudd or Mr Turnbull are extremely intelligent. I mean, there's no suggestion that these aren't very bright people.

Tony Jones: But is the suggestion that somehow being the smartest guy in the room doesn't necessarily make you a good leader?

Maurice Newman: It goes to judgment and you need empathy and EQ as well as IQ to be a good leader.

Mr Newman was appointed chair of the Business Advisory Council under Tony Abbott's leadership and it is a role he insists he still holds.

"The Prime Minister, Mr Turnbull, has given me the assurance that I'm still the chairman of the Business Advisory Council. He said that it would meet early in this new year, which it hasn't yet done. He would then decide as to whether he would continue with it," he said.

Mr Newman says those in the business world have a "mixed view" of Mr Turnbull.

"There's a view that he will lead them along and then suddenly let them go and that their expectations are not fulfilled," he said.

"There've been a number of examples of that... I think there are people who would point to the fact that their expectations based on what he has said haven't actually come to fruition."