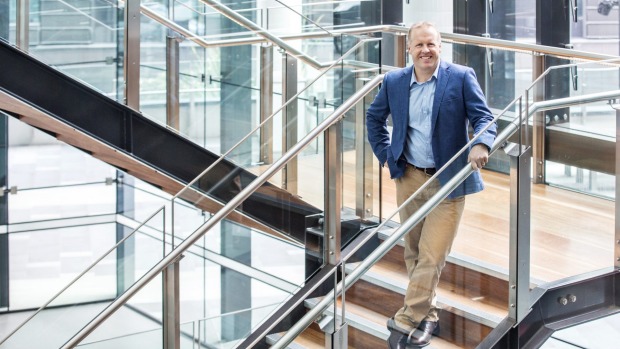 Cancer care provider Icon Group is hunting for deals in south-east Asia as private equity backer Quadrant looks towards an exit, valuing the group up to $1 billion, in the next 18 months.

New group chief executive Mark Middleton was kicking the tyres in the Asian region at Easter as he rolls out three new Australian integrated cancer care centres in the coming months.

"I'm hopeful that next time we talk we'll be talking about international growth. We're really excited about the possibilities in south-east Asia. We think there is significant opportunity for a provider of our scale and expertise," he said.

Quadrant has grown the business rapidly since its initial investment in Radiation Oncology Queensland, a business co-founded by Mr Middleton, in May 2014. Quadrant acquired the rest of the ROQ business in December 2014.

During that time group earnings before interest, tax, depreciation and amortisation have risen from $7 million to a forecast EBITDA of $70 million this year, and annual revenue is running at $700 million.

"When we started as the Icon Group we had three radiation oncology centres. We're now at 10 with another six under development ... there's no shortage of opportunities to grow," Mr Middleton said.

At Icon's integrated centres these three services are provided under one roof.

Quadrant director Marcus Darville, who chairs the Icon Group, has said the integration of services about doubles their profitability.

About a quarter of patients having either chemotherapy or radiotherapy require both treatments, and Icon's 120 medical specialists can provide continuity of care in one place.

In May Icon will open the first of its three new centres, at North Lakes near Brisbane. It will cut the ribbon on new sites at The Valley Private Hospital in Melbourne and on the University of Canberra campus in the 2016-17 year.

The North Lakes facility will have two linear accelerators, which cost about $3 million a piece, delivering up to 800 new courses of radiation therapy a year. The day hospital will have 15 chemotherapy chairs.

"That's a very busy centre. It will service a lot of patients in that northern Brisbane corridor," Mr Middleton said.

Quadrant owns about 55 per cent of Icon Group. The rest is owned by clinicians and management.

Mr Middleton said there is a "lot more growth in the next 12 to 18 months" but after that he expects the relationship with Quadrant "will mature".

Assuming growth continues and an EBITDA multiple of 10 times, which is not unreasonable for a healthcare company, Icon Group could be valued up to $1 billion in an initial public offer next year.

Rival GenesisCare has also been bulking up its scale before an IPO or trade sale. Last week Genesis inked a $132 million partnership with Swedish medical equipment manufacturer Elekta AB. It has also expanded into Britain.

One potential fly in the ointment for an ASX listing, for both GenesisCare and Icon Group, is the uncertainty caused by federal reviews into the healthcare system and a budget-conscious government looking to cut spending.

Mr Middleton said he was not concerned about the budget axe.

"We keep our eyes open around regulatory risk ... there is always risk with the MBS [Medicare Benefits Schedule] but at the end of the day radiation oncology is a very small component of the MBS and it is delivering essential services."

The group's revenue, which is about 60 per cent cancer care, 30 per cent compounding, and 10 per cent pharmacy services, is also diversified across funding streams: the MBS, the Pharmaceutical Benefits Scheme, and private health insurance.