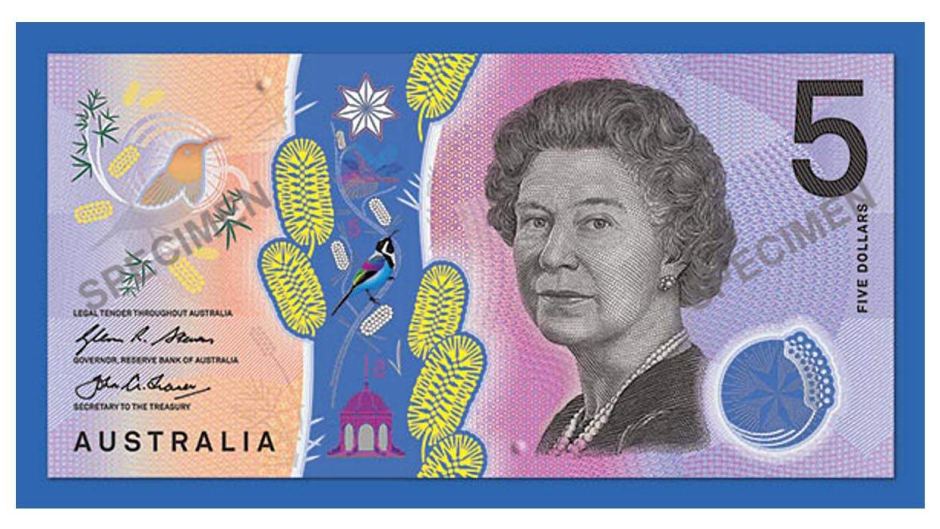 The Reserve Bank of Australia has unveiled the design of the new $5 banknote, which includes new security features to prevent counterfeiting.

A short history of the fiver

"Innovative new security features have been incorporated to help keep Australia's banknotes secure from counterfeiting into the future," RBA Governor Glenn Stevens said in a statement.

"As can be seen in the images, these include a distinctive top-to-bottom window."

Pictures show key aspects of the existing design have been retained — colour, size and people portrayed — which the RBA said was for ease of recognition and to minimise the disruption to businesses.

The designs are the culmination of a process of extensive consultation with subject-matter experts and the cash-handling industry, as well as qualitative research involving focus groups, the statement said.

"Each banknote in the new series will depict a different species of Australian wattle and a native bird within a number of the elements," Mr Stevens said.

Images of the design artwork for the new $5 banknote have been revealed to facilitate preparations for the smooth introduction of the new banknotes, the statement said.

Information on the new design and security features, which will be common to all banknotes in the new series, and how they work will be part of a public awareness campaign over coming months.

The objective of the campaign will be to ensure that members of the public are able to identify and use the range of new security features on the new $5 banknotes when they start to receive them.

The current series of banknotes can continue to be used even after the new banknotes are issued.

Basic design artwork for the serial number side of the new Australian $5 banknote. (Supplied)