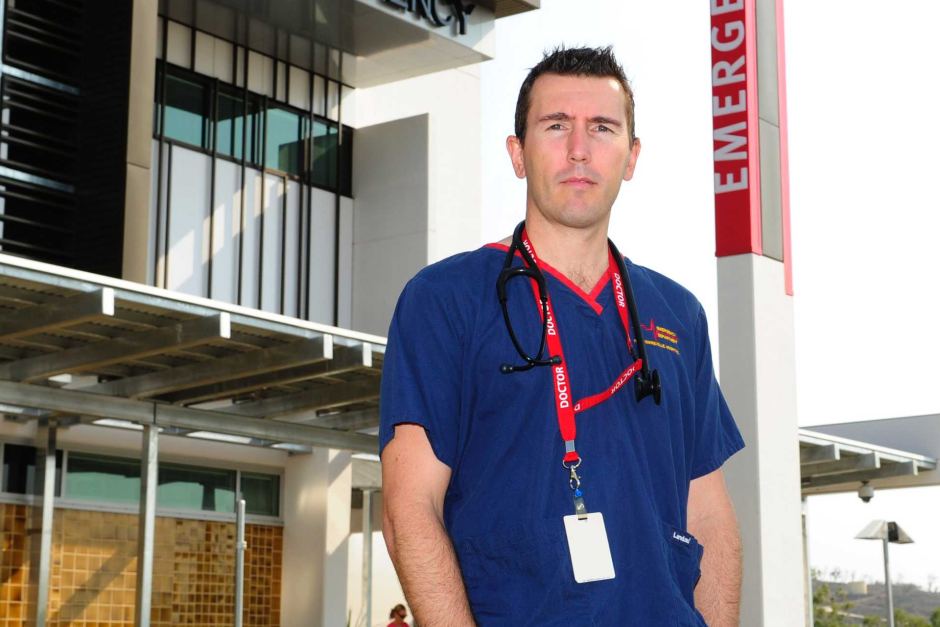 Doctors in Queensland are trialling a new way to administer pain killers to children who come into the emergency department (ED) with broken bones.

Instead of needles, there are going to use a nasal spray.

Over the next 12 months, 600 young patients at the Townsville, Bundaberg and Hervey Bay hospitals will be given the sedative Ketamine nasally instead of by injection.

Townsville Hospital's director of emergency research and a staff specialist, Dr Jeremy Furyk, said it would be the biggest trial done in the area.

The aim was for children to be able to leave the emergency department without having any needles.

"Ketamine is both a pain killer and an anaesthetic agent," Dr Furyk said.

"We use it commonly through a needle to make children generally unaware of what we're doing.

"So when they need a procedure, like straightening out a broken arm, then we'll often give them some ketamine and they basically go to sleep and then we can do the procedure.

"At the moment, we do that either via a drip or an injection in the leg.

"We're going to investigate whether we can squirt it up the nose and see if it's effective that way."

Relief for stressed families and staff

Townsville mother Dina Fusco-Wright is familiar with both the ED and the children's ward after her son Julian had a major eye trauma last year.

"You see these sick kids, parents struggling; I suppose the stressful time comes if they've got to get needles or get rushed away for their operation," she said.

"Then the stress picks up for parents and children."

Ms Fusco-Wright said it would be an overwhelming relief for families and medical staff to have anaesthetic administered without a needle.

"That would be wonderful for the children where their pain threshold isn't the best, because there was many a night when little ones had to have injections and it's just a screaming match," she said.

"There are kids that are older in there and they know they've got to deal with a needle, but for the younger ones ... I think it would be a much nicer scenario for them.

"Otherwise, every time they see a needle, they're going to associate that with 'owie' and 'sore' and it doesn't make them feel any good, and the nurses hate it too."

Dr Furyk said the scheme had the potential to change patient management practices in emergency departments around Australia.

"The benefit for us is getting the doctors in training involved in the process from an early start," he said.

"I think it's important for the public to know we are always trying to do things better and make sure that everything we're doing is evidence-based and in the patients' best interest."