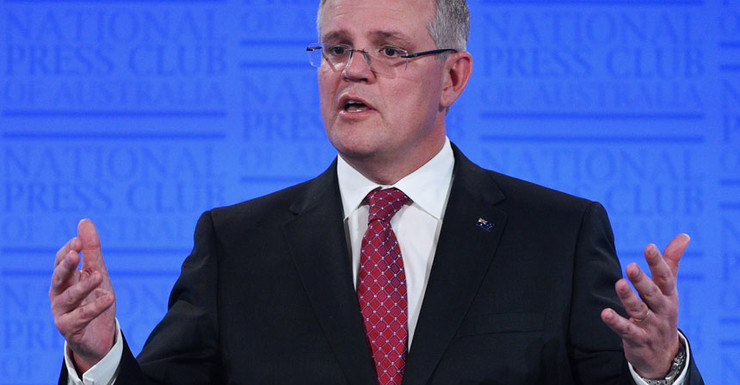 Treasurer Scott Morrison has warned of the impact of economic forces beyond the government's control, ahead of the release of his first budget.

Mr Morrison has told News Corp the government is focussed on stimulating economic growth in a difficult global environment, while putting down 'strong guard rails' for spending and revenue.

It comes as respected budget analyst Deloitte Access Economics warns public debt is running the risk of passing the point of no return, while predicting a $16 billion revenue writedown.

Prime Minister Malcolm Turnbull is set to use the budget to increase funding for major projects that boost housing and expand public transport.

The Australian reports the policy will give state governments and private sector stronger incentives to unlock land, backing road and rail projects that demonstrate the biggest gains to housing affordability.

Prominent economist Chris Richardson has warned Australians to be prepared for a worsening budget position on May 3 as China's slowdown hits national income while the Turnbull government throws money at the states and others in this election year.

'The budget boom of the past decade continues to become a budget bust,' Mr Richardson says in the latest Deloitte Access Economics budget monitor on Tuesday.

While the recent surge in the iron ore price would add some $15 billion to the tax take if it was sustained over the four-year budget estimates, this merely blunts the impact of ever slowing wage growth and the renewed strength of the Australian dollar on revenue.

However, Mr Richardson believes global credit rating agencies would be making a mistake is they downgraded Australia's triple-A rating as a result of this outcome, saying the nation has a deficit problem - not a debt problem.

That said, the deficits aren't the result of big investments for the future. Rather, they are the result of pretending that boom times are rolling on.

'At some stage politicians of all sides need to be more honest about the need for spending cuts and tax increases,' Mr Richardson said.

'Despite this being an election year - or even better, because of it - that time should be now.'

He has also called for the departments of Treasury and Finance to use some straight talking when they independently release pre-election economic and fiscal outlook (PEFO) during the election campaign, as part of the charter of budget honesty.

The 2013 PEFO essentially assured voters that within a decade, whoever people voted for would deliver $80 billion a year in as yet unidentified savings on spending and that much of the revenue windfall of earlier years was locked in, which Mr Richardson says was wrong on both counts.