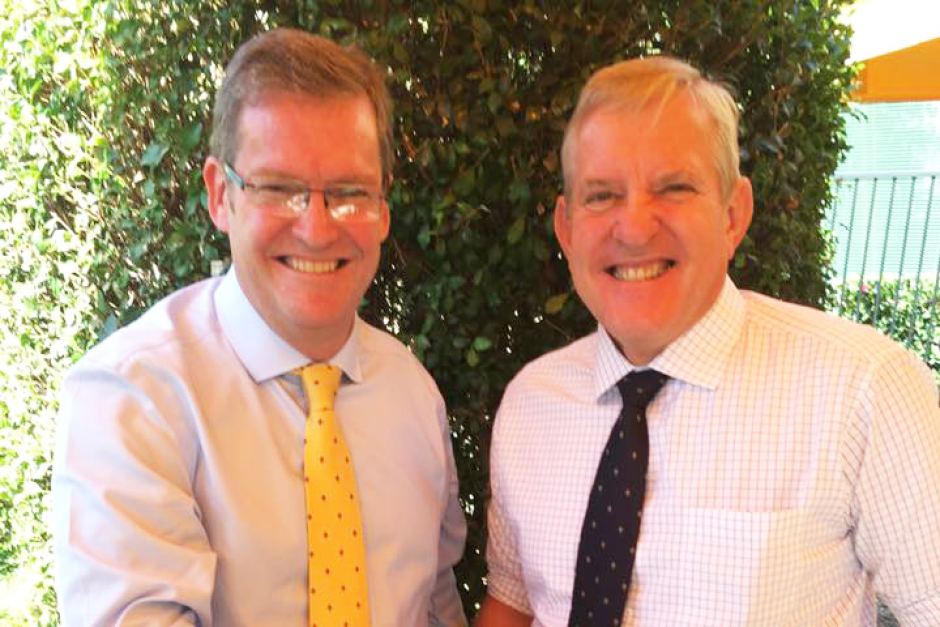 Queensland Opposition MP John McVeigh has ruled out contesting a by-election for his electorate of Toowoomba South if he is unsuccessful in his bid for a seat in Canberra.

Mr McVeigh won pre-selection on Saturday to replace Ian Macfarlane as the Liberal National Party's candidate in the federal seat of Groom, and will quit his state seat when the federal campaign begins.

Under the Parliament of Queensland Act, Mr McVeigh could have informed the Speaker that he intended to be a state candidate again if he failed in his federal tilt.

That would have deferred a by-election until after the federal result was declared and left the state seat vacant for up to four months.

Mr McVeigh has made it clear he will not trigger that provision.

"Should I be unsuccessful in securing the federal seat of Groom, I can confirm that I will not be seeking re-election to the state Parliament," he said in a statement.

Acting Premier Jackie Trad said Mr McVeigh should still consider resigning immediately and not wait for the federal poll to be called.

Ms Trad said that would allow a by-election date to be set as soon as possible.

"I think it's clear that John McVeigh has his attention set on Canberra and it's really up to him make the decision to resign soon," Ms Trad said.

"He's still attracting a wage for being a state Member of Parliament while quite clearly he's clocked out of that arena."

Acting Opposition Leader John-Paul Langbroek said there was nothing in the law requiring Mr McVeigh to resign before the federal election was called.

"He's doing a great job for the people of Toowoomba South and when the appropriate time comes he will resign and then we'll head towards a by-election," Mr Langbroek said.

"I'm sure that John McVeigh is absolutely focused on winning the seat of Groom at the federal election and then we'll make sure that the LNP has an outstanding candidate for his then vacated seat of Toowoomba South."

On the weekend Mr McVeigh said he would continue in his role as the Member for Toowoomba South until the Prime Minister called the federal election.

In a statement to the ABC, Mr McVeigh said he would speak "as soon as possible to my parliamentary leader Lawrence Springborg when he returns from overseas".

"In the meantime, as I was two days ago, I'm flat out serving the people of Toowoomba South as their representative in Queensland Parliament," he said.

Toowoomba South is considered a safe LNP seat, held by Mr McVeigh with an 8.9 per cent margin.