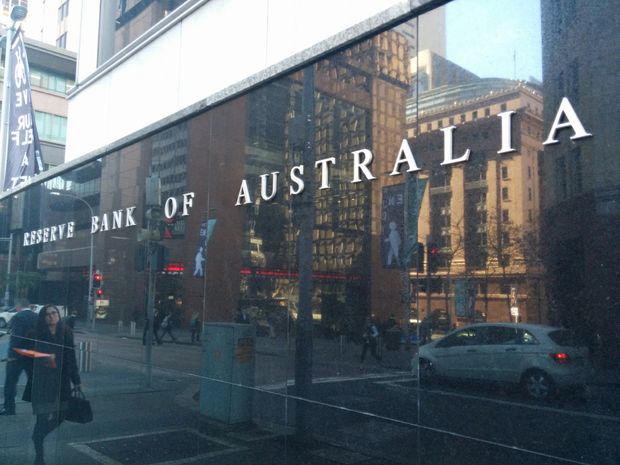 The Reserve Bank has left interest rates on hold for the 11th straight month, despite growing unease about a stubbornly high Australian dollar.

The official overnight cash rate target has been left at 2 per cent, where it has been since last being cut in May 2015.

No economists were surprised by the decision, with all 26 surveyed by Bloomberg expecting rates to stay on hold in April.

Financial markets are pricing in around a one-in-three chance of rates falling next month, with a 50 per cent chance of a cut by August.

The Reserve Bank has attempted to lift those expectations, with its governor Glenn Stevens warning that a rising Australian dollar could push it to cutting rates again.

"The Australian dollar has appreciated somewhat recently. In part, this reflects some increase in commodity prices, but monetary developments elsewhere in the world have also played a role," he wrote in his post-meeting statement.

"Under present circumstances, an appreciating exchange rate could complicate the adjustment under way in the economy."

The Australian dollar did not do what Mr Stevens wanted after the announcement, rising around 25 basis points to 76.2 US cents by 2:45pm (AEST).

Eyes on inflation figures out this month

Mr Stevens said inflation figures out later month could allow for another interest rate cut as soon as May.

"New information should allow the board to assess the outlook for inflation and whether the improvement in labour market conditions evident last year is continuing," he noted.

"Continued low inflation would provide scope for easier policy, should that be appropriate to lend support to demand."

The RBA's decision to keep interest rates steady leaves the average basic variable home loan rate for owner-occupiers at 4.59 per cent, according to Canstar, with the lowest at 3.86 and the highest at 5.84 per cent.

Investors are current paying around a 25-basis-point premium on the average variable loan, largely due to a crackdown on lending standards in that sector by the bank regulator APRA.