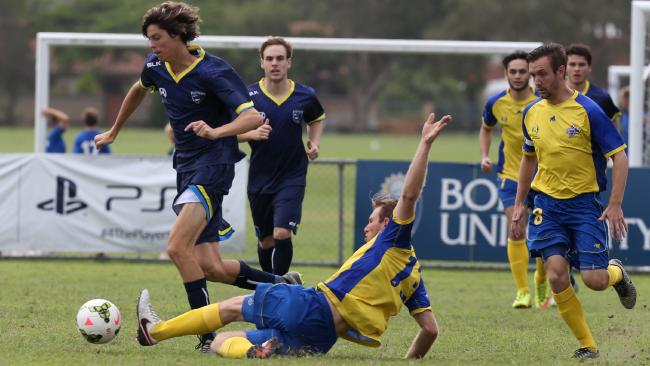 A nicely taken goal from Saunders, injected into the game by coach Grae Piddick early in the second half, squared the ledger with premiers Moreton Bay United in an at-times dour engagement at Duncan McKenna Field in Palm Beach yesterday.

Piddick was thankful for the point, especially against one of the top teams.

“They were the champion side from last year.

“I think we were the dominant team but we didn’t test them enough when it came to scoring.

“We had some shots, especially in the first half, that did not test their keeper.”

The first half gave no indication that two of the NPL’s top six sides were out on the pitch.

Before the break, scoring opportunities could be counted on one hand – the two keepers hardly had a touch of the ball as both defences dominated.
But the clash warmed up considerably only two minutes into the second half when Jordan Farina, son of Aussie legend Frank, found the net for Moreton Bay United.

A Bay press down the left side resulted in a crossed ball to the far post where an unmarked Farina slotted it home.

That fired up City.

Coach Grae Piddick reacted to the goal by injecting Saunders from the bench and City lifted.

With about eight minutes of regular time to go, Saunders finished off a nice build-up by beating a couple of defenders and firing home the equaliser.

City had another chance that went begging, then keeper Shane Viitakangas saved them with a superb save near time.