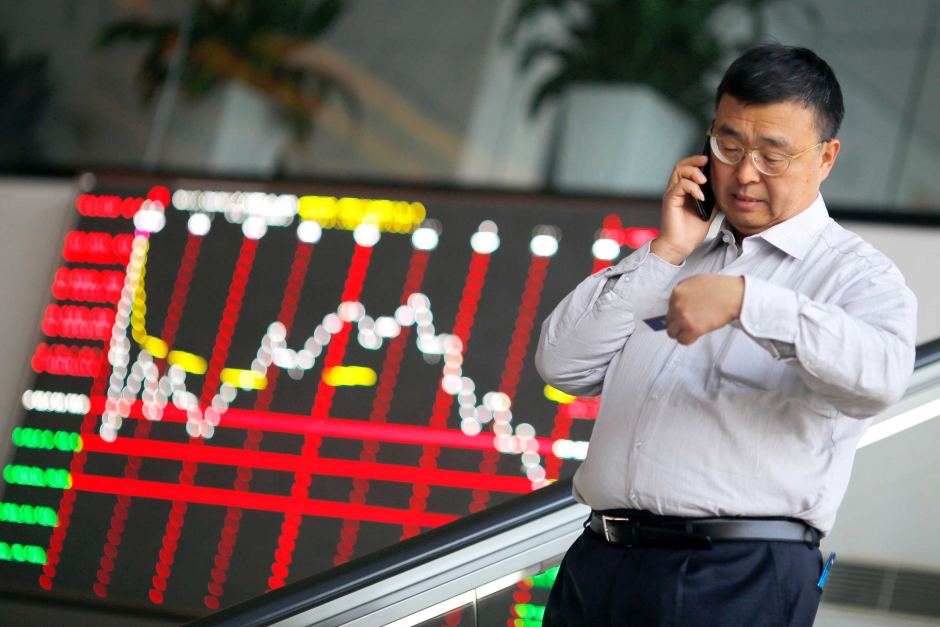 Finance week ahead: Focus on Australian jobs, Chinese growth and US profits

A deluge of data from China, culminating in Friday's release of economic growth figures, will hold the rapt attention of investors this week.

Chinese economic data so far this quarter has been mixed.

Industrial production and retail sales have disappointed, while infrastructure and property investment have been better than expected.

Trade figures have been pretty awful.

Exports fell 18 per cent over January to February, the sharpest decline since the darkest days of the GFC in 2008.

It is the capitulation in global trade that poses one of the most serious threats to China's growth prospects and by extension, Australia's economy.

A nasty slide in imports over the same period pointed to weak internal demand as well.

However, the most recent surveys of industry purchasing managers' indexes for both manufacturing and services sectors have shown some signs of stabilisation and even marginal expansion of activity in March.

China's policy makers have given up the idea of hitting a GDP growth "bullseye", such as last year's 7 per cent. It came in at 6.9 per cent.

The broader target this year is 6.5 to 7 per cent. The December quarter reading was 6.8 per cent.

The forecast this time around is another deceleration down to a seven-year low of 6.7 per cent growth, but then again you never can tell what is brewing inside China's quirky National Bureau of Statistics.

However, the GDP number is essentially looking back at the past three months.

China's statisticians have a busy week ahead, pumping out more timely figures.

Inflation data (Monday), trade figures (Wednesday), and a swag of important monthly figures (Friday), will give a more up-to-date reading of the economy.

Headline inflation rebounded to 2.3 per cent in February, mostly caused by higher-than-expected food prices, which rose at the fastest pace since 2008.

The forecast is for another tick-up in the Consumer Price Index (CPI) in March as well.

The issue is if inflation becomes "a thing" in China, then it may limit the central bank's ability to play around with monetary policy.

It is unlikely though that rising food prices alone would stop easing, given the entrenched deflation in manufacturing is probably a bigger worry.

We might have gone off a bit early talking about trade figures last week, but the thesis remains the same; a big surplus of around $US40 billion is expected, but falling exports and imports are the real and worrying story.

And on Friday, industrial production, retail sales and fixed asset investment (FAI) for March will be published.

Expect the FAI to kick up substantially given the massive pump priming the Government has fired up again in infrastructure and property.

Job growth has enjoyed a pretty solid run in Australia for some time and that is expected to continue with Thursday's release.

As usual, forecasts vary but an average punt from the economists is for about 15,000 new jobs in March.

An increase in the number of people looking for work may push up unemployment a tad from February's 5.8 per cent.

The FSR looks at all sorts of things in the financial system architecture, such as regulatory capital in banks, pension funds and global threats, but all the interest focuses on the RBA's views of the property market.

October's FSR pointed out pockets of stress were emerging in property.

While the RBA may express some satisfaction in the cooling of investor lending, it will be interesting to see whether the "pockets" have deepened over the past six months.

The latest figures for home lending, to be released on Monday, are expected to confirm the investor sector has slowed, but perhaps bottomed out.

US retail sales, inflation and profits

The important numbers out of the US this week are inflation and retail sales.

Higher oil prices will push up the headline CPI rate, but it is still expected to come in not much above 1 per cent on an annualised basis, while core inflation should be steady at 2.2 per cent.

Retail sales should return to positive territory after sliding 0.1 per cent in February.

Alcoa starts the ball rolling, but the focus will be squarely on the performance of the big banks JP Morgan, Bank of America, Wells Fargo and Citigroup.

It could be pretty glum stuff too.

The first quarter is traditionally strong for the investment banks, but maybe not this time.

Takeover activity has dried up as has institutional trading, the life-blood of the big banks.

Part of last week's global sell-off was due to the belief there could be some unpleasant surprises in the results.

If those fears are realised, another round of selling is likely.