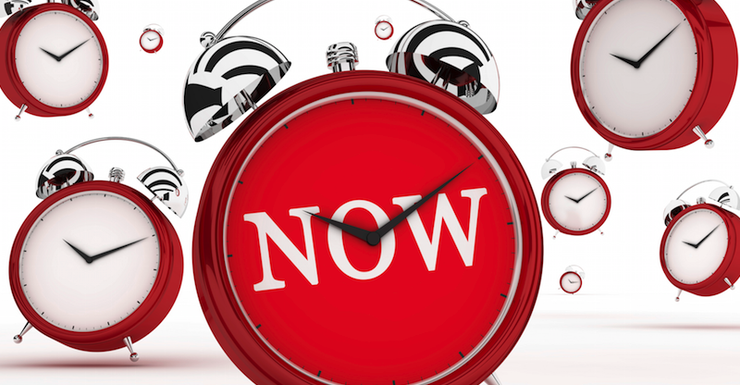 Falling prices are a wake-up call for the government

While consumers are enjoying lower prices in a number of sectors, low inflation puts pressure on the government to get the economy moving again.

Next week will be an extremely sensitive time for the government, with the first full Turnbull-Morrison budget handed down on the same day as the RBA considers whether to further stimulate the economy with a rate cut.

What the government really didn’t need at this time, then, was a seriously bad piece of economic data – in this case, Wednesday’s consumer price index figures, which were much worse that any forecaster had picked.

In the figures, the headline CPI number showed prices fell by 0.2 percent during the first three months of 2016. Australia was a cheaper place to live.

Over the 12 months to the end of the March quarter, the prices of everyday items increased across the board by just 1.3 per cent.

That’s way below the Reserve Bank’s target inflation rate of 2 to 3 per cent across the economic cycle.

The reason the RBA targets that band is that when prices start to spiral above it, there’s the risk of a positive feedback loop – prices run out of control as demand exceeds the productive capacity of the economy. If the inflation ‘genie’ gets out of the bottle, it’s very hard to chase back in.

But things can be much worse on the other side of the band. When there is low inflation, no inflation, or even deflation, as we saw in the first three months of the year, consumers start to put off buying decisions – why buy that car today, when it’ll be $1000 cheaper next month?

That is dangerous, because postponing buying decisions leads to further price drops, and a damaging feedback loop all of its own.

Are we plunging into deflation?

The not-so-scary element was the continuing disinflationary effect oil prices are having. Petrol prices fell 10 per cent in the March quarter – which is a huge move – but that change is clearly driven by geopolitical forces.

If anything, the spare change that lower petrol prices leave in the nation’s pockets is a stimulatory force.

There were some other sharp moves – fresh fruit down 11.1 per cent in the quarter, and international travel prices down 2.0 per cent as the Aussie dollar strengthened – but they don’t have a huge amount to say about confidence and the likelihood of decent economic growth.

Much more alarming was the clothing and footwear sector, down 2.6 per cent in the quarter. This echoes similar price falls in consumer electronics last year.

Both sectors sell primarily imported goods, which, with the lower dollar, should be seeing prices rise. However, consumer caution has meant that retailers are selling overseas goods on much tighter margins – hence the drag both have put on the CPI.

Bad news for the government

These numbers cause two immediate problems for the Turnbull government.

First, many market economists are calling for a rate cut when the RBA meets on Budget day next week.

It may well be needed. Macquarie Bank, before the CPI announcement. expected a 2.0 per cent trimmed mean figure (which excludes volatile items such as petrol), and argued that a figure as low as 1.8 per cent (the actual figure was 1.7 per cent) would virtually assure an RBA rate cut.

That blows a pretty big hole in the Turnbull-Morrison message of ‘the economy is transitioning successfully’.

Which brings us to the second problem: the possible need to stimulate the economy through government spending.

The Coalition has painted itself into a corner on this issue, by using ‘debt and deficit’ as a political weapon over the past seven years rather than one of the tools of economic management.

Mr Turnbull, it has been reported, wants to issue Australia’s first 30-year bonds as a way to fund a big splurge on infrastructure spending.

That would be, in effect, a giant stimulus plan. It would put inflationary pressure back into a flagging economy and help make up some of the nation’s giant infrastructure deficit.

But can he do it? Wednesday’s inflation data significantly adds to the case for following that path.

The big obstacles are the Coalition MPs who so vehemently opposed the Rudd and Gillard governments’ stimulus spending programmes between 2009 and the end of the Gillard era.

If those MPs have the upper hand in framing the budget, then perhaps we are headed for deflation after all.