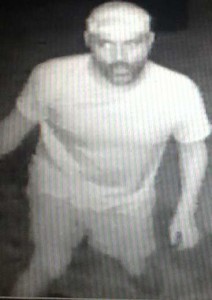 Detectives investigating a stalking matter at a house in Narangba

Detectives investigating a stalking matter at a house in Narangba have released images of a man captured on a home CCTV system.

Around 7pm on March 25, a man walked up to a bedroom window of the Jinibara Crescent and peered through the window at a female resident for about 20 minutes before leaving.

The same man was recorded being in the front yard of the property on February 26.

He is described as being aged in his late 30s or early 40s and was wearing a baseball cap, t-shirt, shorts and sandals.

Anyone who may recognise the man depicted in the CCTV and images or has any information about suspicious activity in the area is urged to contact Crime Stoppers on 1800 333 000.

You Can view the CCTV material here