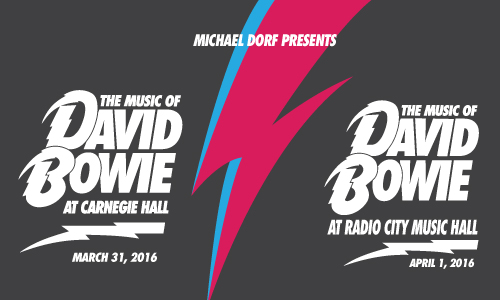 An all-star tribute concert to David Bowie, announced shortly before he died, has been held in New York.

The concert in Carnegie Hall was announced on 10 January as a retrospective of Bowie's life.

But hours later, the singer's family announced his death from cancer. The concert then quickly sold out.

Among the acts performing were the Flaming Lips, the Pixies, Debbie Harry, Cyndi Lauper and former REM singer Michael Stipe.

Demand was so high that a second concert was added for Friday night at Radio City Music Hall. It will be broadcast online.

Another of his hits, Starman, brought the crowd to its feet, in a performance by Blondie leader Debbie Harry. Heart's Ann Wilson got the audience moving with Let's Dance.

The Flaming Lips performance saw singer Wayne Coyne wearing a suit of lights sat atop the shoulders of a band mate dressed as Chewbacca to sing Life on Mars. 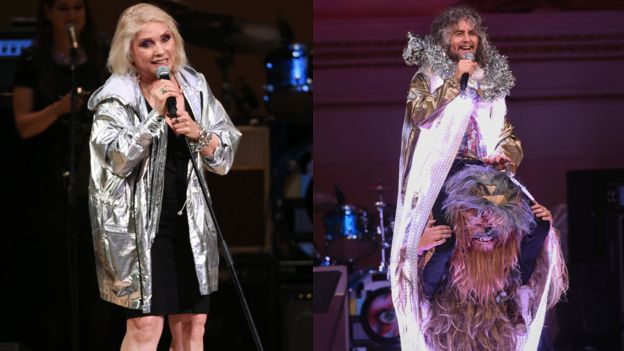 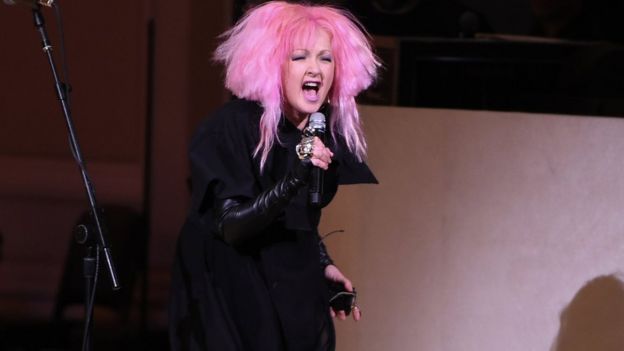 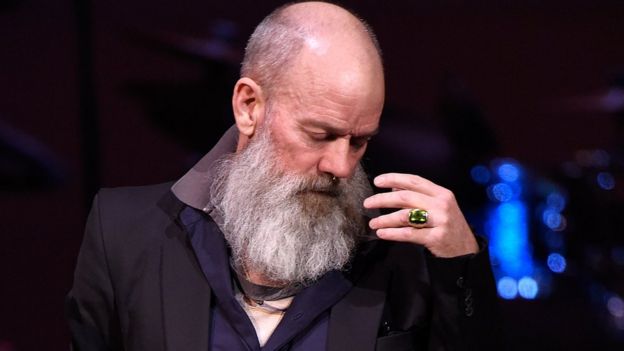 But Cyndi Lauper's version of Suffragette City and Laurie Anderson's take of Always Crashing in the Same Car seemed to have failed to impress the public.

Other hits such as Rebel, Rebel and Life on Mars, and some more obscure songs, were also performed.

Carnegie Hall was where Bowie made his New York debut in 1972, a city where he would live for 20 years.

The annual tribute concerts, that have previously focused on acts including Bob Dylan, Bruce Springsteen and Joni Mitchell, were set up to raise money for charity.

Organisers were overwhelmed by requests by performers keen to take part after Bowie's death. 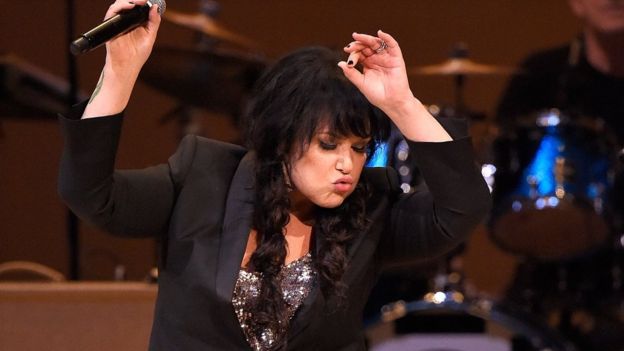 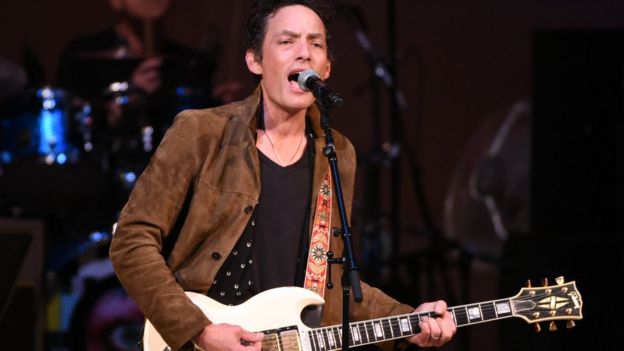 "We felt kind of awkward because we are usually so humbly grateful to anyone who wants to participate in this," producer Michael Dorf said.

One scheduled act, hip-hop band The Roots, pulled out of the shows on Thursday, after accusing another unnamed group of refusing to allow them to use their equipment.