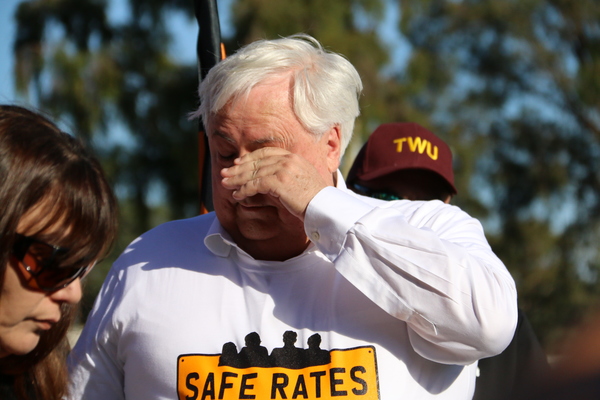 Clive Palmer says he may recontest Queensland seat of Fairfax

Federal MP Clive Palmer says he intends to recontest his Queensland seat of Fairfax unless his party finds a better candidate.

The Palmer United Party (PUP) leader holds Fairfax by a very slim margin of just 53 votes and has not ruled out running for the Senate to improve his chances of staying in Parliament.

Mr Palmer told reporters PUP had not pre-selected its candidates for the next election yet.

"Of course I understand, from the Liberal Party's point of view, they'd like to say I wasn't standing because they desperately want to take that seat to prop up their decaying Government," he said.

"I think the reality of it is, I'm the best chance to win Fairfax and if I can find a better candidate than myself in Fairfax then I'd be happy to look at how else I can serve the Australian people.

"The party has a pre-selection process, like all political parties, and everyone's entitled to nominate for all seats in Australia so we'll wait and see what happens."