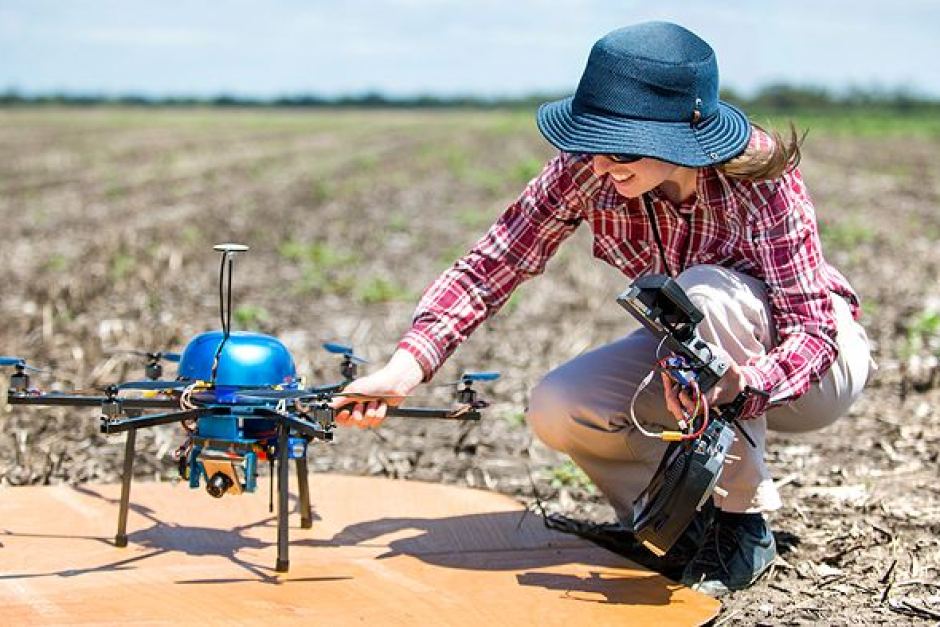 Farmers will soon be able to fly drones weighing up to 25 kilograms over their property without an unmanned aircraft operators certificate, provided they are not paid for the work.

The Civil Aviation Safety Authority (CASA) has changed to the rules governing the use of commercial drones to make it easier for farmers to use them on private properties.

CASA spokesperson Peter Gibson said it would reduce a lot of the red tape associated with drones.

"A 25-kilogram drone is actually at the larger end of most commercially available drones at the moment. That's a drone that can take a pretty good payload, could carry a fair bit of chemical around for crop spraying, could easily carry cameras and other gear to do visual inspections," Mr Gibson said.

Drones 'most exciting' tool in ag in 20 years, farmer says

Queensland farmer Wayne Chapman celebrated the announcement as the culmination of a project he led on the Western Downs in southern Queensland last year.

The community grant funded 'Eye on the Sky' project investigated the use of drones in agriculture.

Mr Chapman believed drones would be a game-changer in Australian agriculture.

"It's a fantastic win for farmers working on their own land, being able to adopt some of the most exciting tools that have hit agriculture in the last 20 years," Mr Chapman said.

Mr Chapman said that while some farmers had started to dip their toes into hobby drones, the new CASA rules would give them the confidence to invest in drone technology that was tailored to agricultural use.

"In one of our field days we had a guy from the Sunshine Coast that was distributing beneficial insects in horticultural fields with a drone, and he was saying it gives a much better result than doing it by hand," Mr Chapman said.

"These sorts of things are out-of-the box solutions that people will come up with," he said.

New regulations and penalties in place

Commercial users of drones that weigh less that two kilograms will also no longer need to obtain a number of regulatory approvals, such as an operators certificate and remote pilot licence.

These operators will however need to notify CASA that they intend to use very small remotely piloted aircraft for commercial flights, according to a set of standard operating conditions.

"People intending to utilise the new very small category of commercial operations should understand this can only be done if the standard operating conditions are strictly followed and CASA is notified."

"Penalties can apply if these conditions are not met," he said.