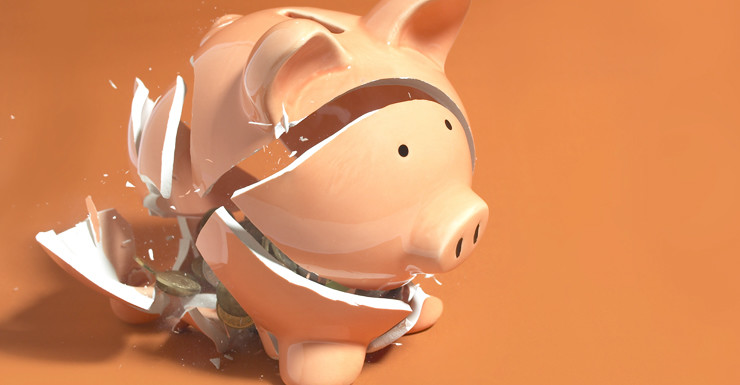 Labor has taken on big business before, and lost. Will this time be different?

​A royal commission on the scandal-plagued banking industry looks certain to become a battleground election issue after the ALP dared Malcolm Turnbull to tell Australians there is no problem with the sector.

Already blows are being traded. Last week, Labor pledged a public inquiry into the banks if elected, prompting the Prime Minister and his cabinet to dismiss it as unnecessary and a political stunt.

“Every time the banking sector has a scandal, they say they have learnt their lesson, but the lessons keep rolling out, sadly,” he told reporters in Melbourne.

The Prime Minister responded by saying a royal commission is unnecessary because the banking sector is already heavily regulated, a reference to corporate regulator ASIC, financial sector regulator APRA and the Reserve Bank.

“You already have very strong, powerful regulators there monitoring that industry and taking action,” Mr Turnbull said in Sydney on Sunday.

“I just think this is a bit of populist politics,” he told ABC TV on Sunday.

But Mr Shorten’s position is gaining support, even from some of Mr Turnbull’s own backbenchers. Nationals MP George Christensen backed the idea, while Luke Hartsuyker and Ken O’Dowd were open to supporting it, Fairfax Media reported Sunday.

The battle lines were drawn on Friday when Mr Shorten pledged his party to a public bank inquiry if it won power. He said the “string of scandals” proved “systemic problems”.

Some of the most recent scandals include a five-year investigation by ASIC into allegations of benchmark interest rate rigging by the big four banks, expected to result in criminal charges this year, as well as millions of dollars in compensation being paid by the Commonwealth Bank for shoddy financial advice, rogue financial planners at NAB, and unnecessary home insurance at Westpac.

Labor argued a royal commission was necessary because the Liberal governments cut the ASIC budget, sacked ATO employees and froze the ACCC budget.

The Liberal government under Tony Abbott and Mr Turnbull has taken a very different approach to allegations of banking sector corruption than to labour industry corruption.

Mr Abbott held a union royal commission and Mr Turnbull recently prorogued Parliament in order to recall both houses, ostensibly to force the Senate to restore construction industry watchdog, the ABCC. (Many analysts believe this is simply a ploy to give him a double dissolution trigger).

Labor’s most senior lawyer, Shadow Attorney-General Mark Dreyfus QC, outlined the terms of reference, including the extent of illegal and unethical behaviour within the financial services industry and how financial services institutions treat their duty of care to their customers.

The inquiry would also examine banking culture, ethical standards and business structures, as well as the ability of regulators to identify and prevent illegal and unethical behaviour, Mr Dreyfus said on Friday.

The inquiry would cost $53 million over two years, according to an independent analysis by the Parliamentary Budget Office.

The Greens pushed for a bank inquiry in 2015. It was easily defeated when Labor sided with the government to vote it down – a fact Liberals are keen to remind voters.

The banking sector is Australia’s biggest employer and fastest-growing sector, outsizing even the mining industry, which is in decline.

Bank bosses have baulked at the idea of an inquiry. NAB chief executive Andrew Thorburn said it would be a “serious distraction”, and ANZ chief executive Shayne Elliott said it might scare off international investors, the ABC reported.

In Labor’s favour this time is a global mood of bank criticism. The recent Panama Papers leaks, despite being concerned in the main with complicated legal structures devised by lawyers and accountants, has been seized on by many anti-bank candidates, such as US presidential candidate Bernie Sanders, as proof of their overall message.

Memories of the 2007 global financial crisis were dredged up by investigative reporting by the ABC. The broadcaster recently published portions of a secret report drafted but never released by regulator APRA that revealed the big banks put Australia at risk of a financial collapse during the crisis by lax standards.

The Hollywood blockbuster The Big Short also reminded the voting publics in many countries of the pain felt by average mums and dads who lost their homes during the GFC.

With both major parties settling on very different election policies on the banks, the scene is set for another bank war.