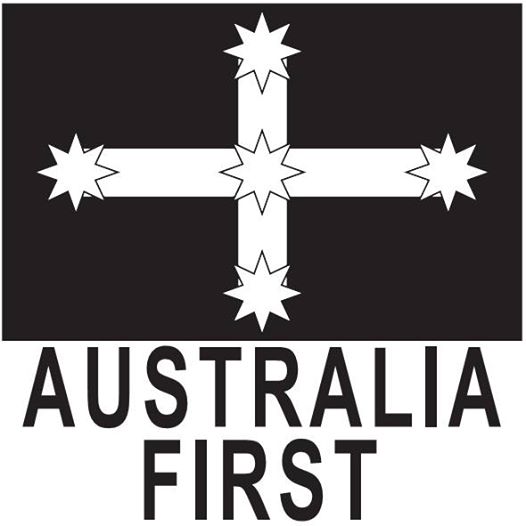 A far right-wing political party's attempt to use the Eureka flag as its emblem on election ballot papers has earned the ire of Eureka descendants in Ballarat.

The Australia First Party has lodged its draft logo with the Australian Electoral Commission, which bears the Eureka flag followed by the name of the party.

The party achieved notoriety for its involvement in last year's rallies against a proposed mosque in Bendigo, in central Victoria.

"The party consider it appropriate that its emblem, the Eureka flag, was the best logo representation we could have," a spokesperson said on the party's Facebook page.

"The party has employed the Eureka flag as a sign of its commitment to Australia's identity, independence and freedom," they said.

"In recent times, and as part of the ongoing culture wars, certain leftists have tried hard to sully the history and meaning of the Eureka flag."

The Battle of the Eureka Stockade on December 3, 1854, led to the deaths of more than 25 people, most of whom were rebels.

Former Ballarat Eureka Centre director Ron Egeberg said the emblem should not be used as a political football.

"It's been hijacked over the years by left and right-wing political groups in pursuit of their own vested political interests," he said.

"And that's a totally unacceptable use of the flag."

Mr Egeberg said while the party's moves were "inappropriate", he would not be lodging an official complaint with the Australian Electoral Commission.

"Everyone can have an opinion, we're a democracy," he said.

"[But] wearing the Eureka flag, whether it be a lapel pin or a T-shirt, should be worn as a badge of honour ... not used as a vehicle to create dissent."

The Australia First Party acknowledged its choice of logo would "invite the usual ranting of the usual suspects", but said it would "welcome" objections.

The flag is also used by the union movement.