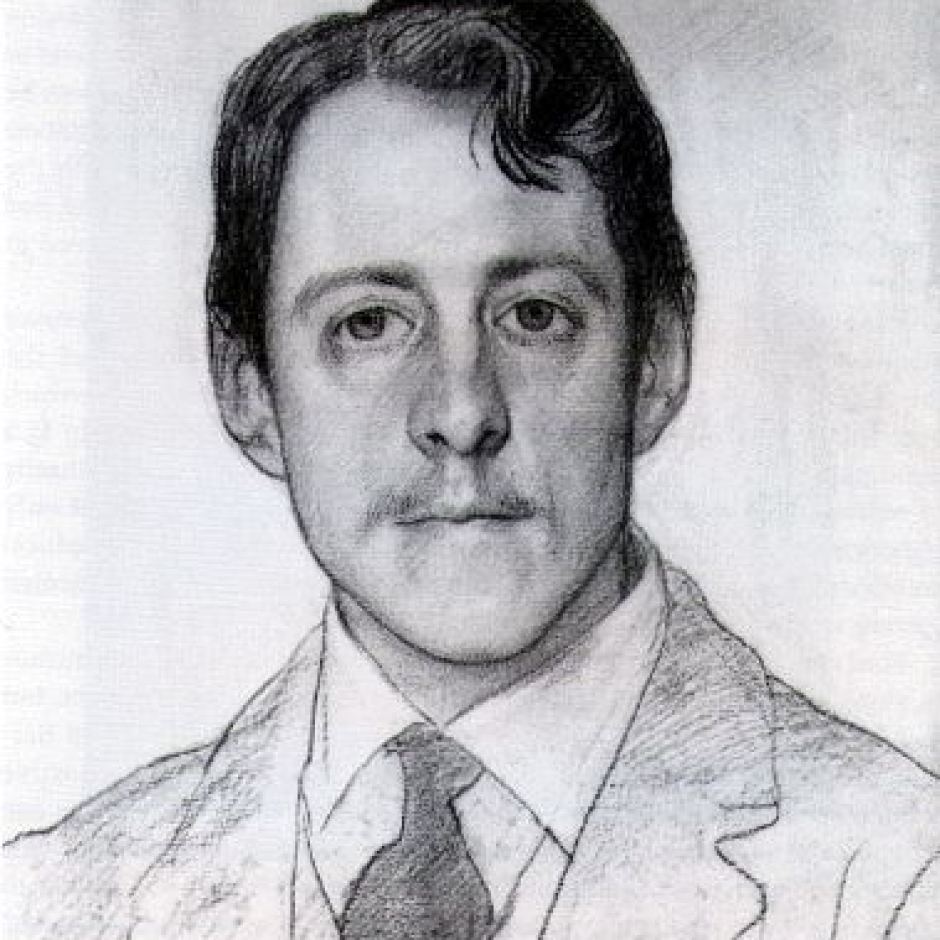 Anzac Day: The Ode of Remembrance is taken from the Laurence Binyon poem For The Fallen

"They shall grow not old, as we that are left grow old," begins the Ode, which is recited at Anzac Day dawn services and engraved on war memorials and cenotaphs around the nation.

The Ode, though, was not the work of an Australian but is the fourth stanza of a poem by Englishman Laurence Binyon.

For The Fallen was first published in 1914, not long after the start of World War One.

Binyon said he wrote the poem after British and French soldiers retreated from Mons, during the Battle of the Marne, in September 1914.

A so-called victory for the French and Allies against the Germans, the battle cost tens of thousands of lives.

A plaque on the Cornish coastline in south-western England marks the location where it was written, although a second plaque nearby is also said to mark the spot where the poem was conceived.

The poem appeared in The Times in London but quickly acquired popular currency in the Antipodes and was reprinted by many Australian newspapers, sometimes in shorter versions, during the war.

The four most famous lines were the first written by Binyon in his eight-verse poem:

They shall grow not old, as we that are left grow old:
Age shall not weary them, nor the years condemn.
At the going down of the sun and in the morning
We will remember them.

Binyon himself did not belong to the same generation as other well-known war poets such as Wilfred Owen and Rupert Brooke.

He was born in Lancashire in 1869 and was too old to enlist, so instead volunteered as an ambulance driver and hospital orderly in France.

Years after writing For The Fallen, Binyon reflected on its genesis and attached particular significance to its most well-known verse.

The Ode has even been etched on piece of gold much smaller than a pin head. (Supplied: Australian National University)

A 1934 article from Brisbane's The Telegraph quoted him as saying: "I can't recall the exact date on which the poem was written beyond that it was written after the retreat.

"It was set down out of doors on a cliff at Polscath in Cornwall. The stanza 'They shall grow not old...' was written first and dictated the rhythmical movement of the whole poem."

The exact wording of the Ode has been contested but, according to the Army's website, it is a debate peculiar to Australia.

It centres around the last word of the second line, which ends "...nor the years condemn".

It has been claimed that the word 'condemn' was a typo published by The Times, which should have been written as "contemn", an archaic verb that means "to treat disdainfully or scornfully".

But, according to the Army, the executors of Binyon's estate - the British Society of Authors - insist the correct word is "definitely 'condemn'."

The poem has been set to music, including by English composers Sir Edward Elgar, Cyril Rootham and Douglas Guest.

The phrase 'Lest We Forget', which is usually uttered after the Ode, is not by Binyon but was penned by his contemporary and fellow poet Rudyard Kipling.