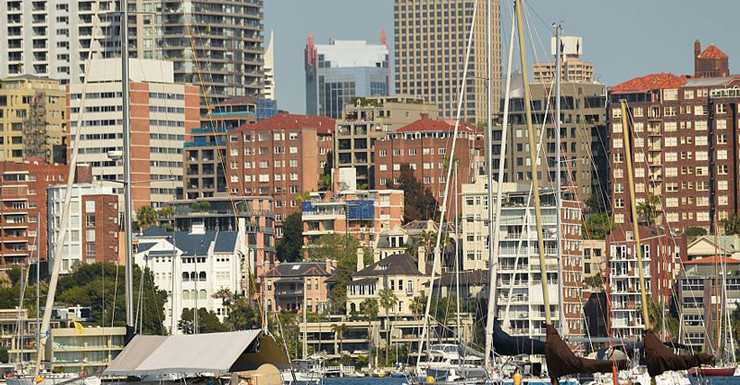 A closer look at the debate over negative gearing shows there is less difference between the major parties than the government would have you believe.

Prime Minister Malcolm Turnbull has been vocal in decrying the Labor Opposition’s plans to restrict negative gearing to investors buying new properties, claiming it will lead to a crash in the price of existing housing.

But the evidence is against this hypothesis. Over the last five years, every state and territory government across Australia (mostly Coalition governments) has abolished the grants formerly made to first-time buyers of established dwellings, and increased (in most cases doubled) the grants for first-time buyers of new dwellings without noticeable damage to the market.

Two other important policy changes implemented in the past two years by the Abbott and Turnbull governments have, taken together, had the objective of dampening investor demand for established housing and deflecting buyers towards new housing.

The first of these is the tightening of Foreign Investment Review Board (FIRB) regulation of foreign investment in housing.

It was initiated by former Treasurer Joe Hockey after recommendations from a Parliamentary committee chaired by now Assistant Treasurer, Kelly O’Dwyer.

Even if, for the sake of the argument, one assumes that foreigners actually acquired twice this amount, or $14.4 billion, of established property in 2013-14, the figure pales into insignificance against the $116 billion lent to Australian investors for the purchase of established properties in 2013-14 and the $108 billion lent to Australian owner-occupiers for the same purpose.

Rightly, the Abbott and Turnbull governments have sought to dampen foreign demand for existing housing – even at the risk of reducing the price that Australian sellers of existing housing might receive for their properties – whilst encouraging foreigners to buy new housing.

Similarly, last year the Australian Prudential Regulatory Authority (APRA), with at least the tacit approval of both the Abbott and Turnbull governments, directed the banks to tighten lending criteria for property investors. Once again, the effect of these changes has been to dampen the demand for housing from investors (93 per cent of whom purchase established housing).

Since the end of last year, lending to property investors has fallen by 15 per cent – while lending to owner-occupiers has risen by eight per cent.

Have all these changes ‘smashed’ the housing market? No, they haven’t. To be sure, the rate of escalation of existing property prices has slowed – but that’s a good thing!

As a result, would-be owner-occupiers have been more successful in buying homes. And there have been no across-the-board or sustained falls in property prices.

Labor’s negative gearing policy is designed to achieve exactly the same objectives as these Coalition-approved changes to regulations governing foreign purchases of established property and the lending practices of Australian banks.

Those changes have been good for the Australian property market, and especially for would-be homebuyers: and so would the changes to negative gearing proposed by Labor.