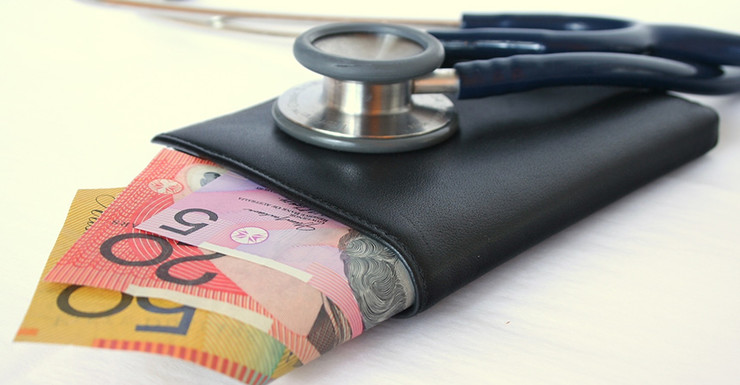 Private health costs are rising at three times the rate of inflation but if you know how to shop around you can find a deal that meets your needs.

Private health premiums are on the rise with Federal Health Minister Sussan Ley giving the green light to premium hikes averaging 5.6 per cent, or three times the rate of inflation, from April 1. But you can find ways to avoid some of that pain.

A survey of 1200 Australian adults, commissioned by health insurance comparison website comparethemarket.com.au, found despite widespread annoyance over the hikes, more than half of respondents (52 per cent) had never tried to switch health insurers. Of those who did, nearly a quarter (23 per cent) gave up because it was too complicated.

However, with a bit of research and smarts, it is possible to get yourself a better deal. Here is where to start:

Request your annual claims statement from your health fund to find out what you claimed most on over the past year.

“You may see that you claimed quite a bit on dental, but not much else, and so you can make good dental cover a priority,” Abigail Koch, a spokeswoman for comparethemarket.com.au, said.

Editor-in-chief of comparison website CANSTAR, Justine Davies, also suggested looking at the claims you are likely to start making.

“If you are planning a family then obstetrics is important, if you are getting older then joint replacements may be,” she noted.

There are many extras policies on the market, and it pays to research their level of rebate in detail.

“Some extras policies pay as little as $200 a year in dental.” Ms Davies said.

It can also be better to choose a fund that pays out a percentage of your bill for each treatment rather than a fixed amount.

“Also, funds that offer a combined annual limit, rather than sub-limits for individual treatments, are often much better value,” Ms Koch said.

Make sure you pay only for what you need.

“People paying for top hospital cover could reduce their annual premiums by as much as $750 a year by removing pregnancy and sterilisation from their policy,” Ms Koch noted.

Look at excesses and limitations

Most of us look for policies with relatively low excess, reasoning that we don’t want any extra costs come claim time.

But this is not always smart.

“If you’re not planning a trip to the hospital in the near future, and you are relatively young and fit, then an easy way to reduce your monthly premiums is to up your hospital excess,” Ms Koch said.

You could also switch to a fund that restricts benefits for a set time.

“If you are getting older but don’t expect to claim for joint replacement for a while, then a benefit limitation period could help you save,” Ms Koch said.

Spokeswoman at comparison site iSelect, Laura Crowden, said many funds offer pre-pay and save incentives, which can slice off hundreds from premiums.

“If you are in a position to do so, pre-paying your annual premium upfront before April 1 will lock in current rates and help you avoid the premium increase for 12 months,” she said.

Also, look out for funds that offer discounts of between 2 and 4 per cent for direct debits, Ms Koch added.

Some policies are so basic they are deemed “junk policies” by consumer advocates.

Often called “accident only” policies, they are virtually useless in terms of health coverage, but can have a role.

“If you are a young person who is fit and healthy and you do not want to be penalised for not having insurance, then they are useful,” Ms Koch said.

“They can help you save on tax, but they are not sufficient for any health coverage.”

Put the time in

“You need to spend a bit of time, maybe half a day, comparing policies,” she said.

“It is important to remember that each fund will have many different policies at different prices and each will be directed at a certain life stage, so you need to find the one that suits yours,” Ms Davies added.