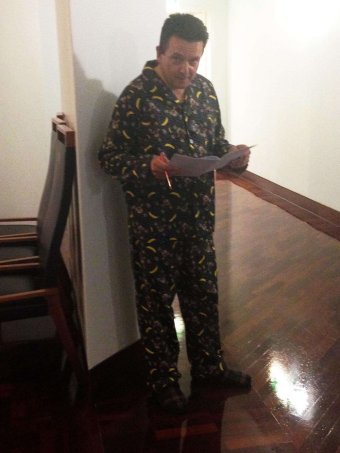 Federal MPs and strategists are weighing up the impact of the new Senate voting laws after the Government's voting reform bill finally passed on Friday following a debate lasting more than 28 hours.

ACT Labor senator Katy Gallagher said the legislation that went through after a marathon debate was designed to make a double dissolution election easier for the Government.

"This is all about ensuring that there is the option of a double [dissolution] election for Malcolm Turnbull should he choose to use it," she said.

But Queensland LNP senator Ian Macdonald argued the changes were not new.

"It is what the people of Australia demanded immediately following the last election," Senator Macdonald said as he flew out of Canberra.

"I can't understand why it has taken this long. It is something that all parties agreed to in that inquiry immediately following the last election."

He attributed Labor's opposition to their not liking the idea of being unable "to manipulate the preferences of their supporters".

But Labor's deputy Senate leader Stephen Conroy said the legislation would advantage the Liberals and Nationals.

"It will ultimately see the Coalition gain a blocking majority 38 votes into the future which will make it almost impossible for a Labor Government to pass a budget to pass environmental laws, social justice provisions," Senator Conroy said.

Senator Conroy's claim is disputed by the Greens leader Richard Di Natale, who said the legislation would ensure "the Senate that's delivered after the next election is the one that people vote for".

"In a democracy that has to be the highest principle we aspire to," Senator Di Natale said.

South Australian Senator Nick Xenophon's popularity means his party could have up to three senators elected in their own right.

Some Liberals believe it is possible he could get four of the 12 senators in South Australia in a double dissolution.

Senator Xenophon has been heavily criticised by his fellow crossbenchers for supporting the change but argued it will be a fairer system.

"What this means is that candidates for the team I am working with, that I am putting up, will have a fairer chance of getting in," he said.

"It won't be subject to backroom party deals, preference whisperers.

"It means, based on current figures, there's a real chance of having at least three senators in the Senate from South Australia from a team that I trust that I will be working with very closely."

But for most minor party senators these changes will make it harder to be re-elected, which is why they tried and failed to block the legislation.

A double dissolution election would mean senators would only need half the quota they have to reach in an ordinary poll, and Queensland Senator Glenn Lazarus said that could help his chances.

"I am getting a lot of support from Queensland. It is going to be very difficult for crossbenchers and minor parties to get in but it won't be from a lack of trying if I don't get elected," he said.

And some including Family First's Bob Day hope their cause might be helped by a public backlash against this week's extraordinary Senate scenes.

"Those kinds of antics, filibustering, were all carried out from career politicians in the major parties who were doing what they do best and that is having digs at each other, whereas none of that came from the micro parties and independents," Senator Day said.

The cost of campaigning will stretch many of the crossbench senators who have name recognition, but not well-funded organisations, backing them.