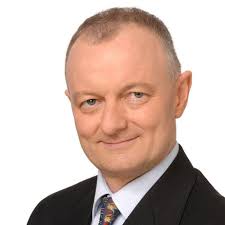 Senate Electoral Reform, Double Dissolutions and Section 64 of the Constitution

With the Senate electoral reforms, and if it chooses to hold a double dissolution in early July, it does so having navigated its way around several complicating provisions of the Constitution.

By calling an extended election campaign with a polling day for 2 July, the government avoids backdating Senate terms to 2015 as set out in Section 13 of the Constitution.

But if the Senate election results have not been declared by 11 August, whoever forms government after the election runs into section 64 of the Constitution, an obstacle that would force all Senators serving as Minister to leave office on 11 August.

Let me deal with each of these problems in order.

First, Section 57 on double dissolutions specifies that a dissolution of both houses cannot take place "within six months before the date of the expiry of the House of Representatives".

The next problem is Section  13. It states that the terms of a Senator after a full dissolution of the Senate "shall be taken to begin on the first day of July preceding the day of his election".

So if the double dissolution election were held before 1 July 2016, Senate terms would be backdated to 1 July 2015 and the next half-Senate election and likely House election would be in the first half of 2018.

If the double dissolution were held after 1 July 2016, the Senate terms would be backdated to 1 July 2016 and the next half-Senate and likely house election would be the first half of 2019.

So in calling a double dissolution by 11 May and having a longer than normal election campaign with polling on 2, 9 or 16 July, the government avoids losing a year off its term.

However, with the budget due on 10 May and unable to be passed before a double dissolution the next day, the government needs to arrange supply for the normal services of government to apply from 1 July until the parliament can meet again and pass the budget.

Given the time problems in passing supply between presenting the budget on 10 May and getting a dissolution the next day, there has been talk of bringing the budget forward a week to 3 May.

This would give the Opposition Leader an opportunity to present his address in reply, and give the government several days to arrange a supply bill.

There is no reason for a supply bill unless the Prime Minister first visits the Governor General stating his case for a double dissolution under Section 57 of the Constitution.

By convention, all documentation relating to the calling of a double dissolution is released, including the written request from the Prime Minister as well as the written response from the Governor General. The preparation of these documents may take a day and so is more involved than calling an normal election.

Once the dissolution occurs, Sections 12 and 32 specify that writs for an election must be issued within 10 days. It is only after the writs are issued that the formal campaign begins and the government goes into caretaker mode.

So with the double dissolution taking place by 11 May and the election set for 2, 9 or 16 July, what is the problem created by Section 64 of the Constitution?

The final paragraph of Section 64 states that "no Minister of State shall hold office for a longer period than three months unless he is or becomes a senator or a member of the House of Representatives".

This is not normally a problem. Elections are usually set for a minimum five weeks, meaning there are around another 8 weeks before the section 64 limit comes into play. House elections can always be finalised within a month.

It is also not normally a problem for Senators, as half-Senate elections always take place and the writs are returned before Senate positions fall vacant.

So at a normal House and half-Senate election, Section 64 is not a problem as Ministers from the House are always re-elected in time to take office, and Senate ministers remain as Senators.

But at double dissolutions, Senators also cease to be members so Section 64 applies to both House and Senate ministers.

If the double dissolution is undertaken on the last possible date of 11 May, and the election is called for 2 July, then a longer than normal seven and a half weeks passes between dissolution and polling day, leaving five and a half weeks until 11 August when the three months allowance in Section 64 kicks in.

That won't be a problem for House Ministers, but the Senate is an entirely different problem.

It normally takes up to a month to finalise the senate count in the largest states.

If writs for some Senate elections are not returned by 11 August, then any Senator for that state who is a Minister  would no longer be eligible to be a Minister. They would cease to be a Minister on that date and could not be sworn in again as a Minister until the writ for their state has been returned.

Just one extra little complication for the 2016 Federal election.