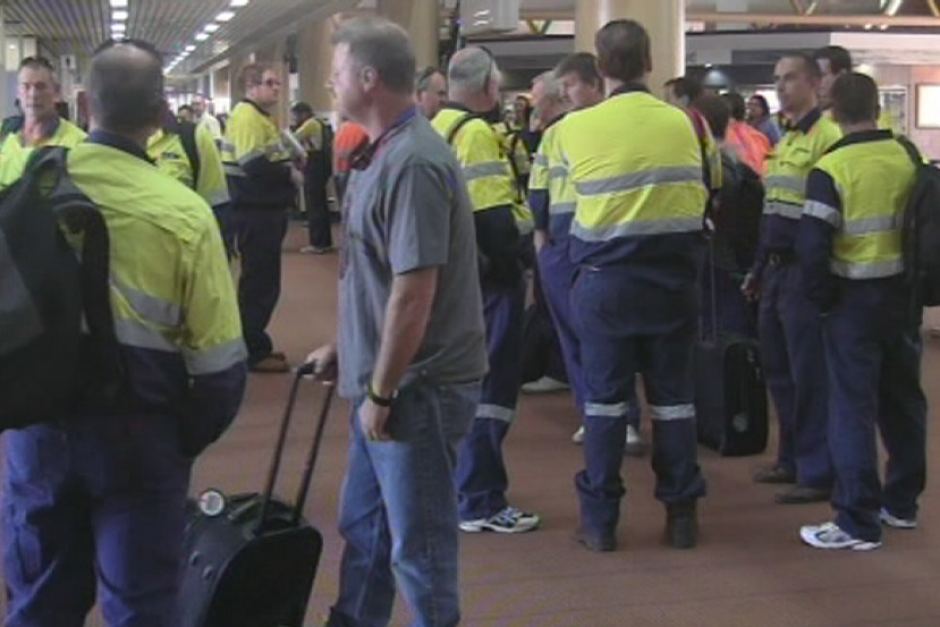 Queensland mines can no longer be staffed entirely by FIFO workers, the Government has announced.

Following years of controversy and debate over the effect FIFO (fly-in, fly-out) mining operations have on communities, the Queensland Government is putting a stop to mines operating with a workforce of 100 per cent FIFO employees.

From later this year, no new mine in Queensland will be allowed to use an entirely FIFO workforce if nearby towns have enough workers.

Mayor Anne Baker told PM there had been an emotional response to the announcement in the community.

"There's been tears shed because it's been a long time coming ... We're absolutely ecstatic."

"We're absolutely ecstatic. It's a fantastic win for Queensland workers today, and their families, and our future generations.

"There's been tears shed because it's been a long time coming."

Ms Baker was on the panel of the Government's recent FIFO review and said her community had felt first hand the impacts of an entirely fly-in, fly-out mining operation.

"Locals can't work in the mines they live alongside, families are forced out of town, businesses close down and the effects flow on," she said.

Minister Lynham said the new legislation would also include changes for existing mines, ensuring they also made considerations for local jobs.

"This is a response from a Government that doesn't get it. The last thing our industry needs is a whole bunch of new draconian regulations and rules."

"Resource companies must have workforce plans to maximise the opportunity for local workers to gain employment, including skills development and training required to get a job," he said.

"This is a response from a Government that doesn't get it," Mr Roche said.

"The last thing our industry needs is a whole bunch of new draconian regulations and rules.

"There are only about two mines out of about 50 in all of the Bowen Basin that operate on a 100 per cent fly-in, fly-out operational workforce."

But Ms Baker said that number was still "two too many."

"There should be a level playing field, from our position, on all projects — and it's about genuine choice," she said.